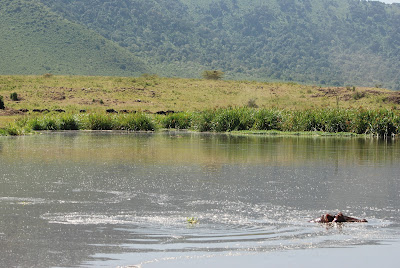 We were very lucky while on safari as we saw hippos several times, twice in places where we could overlook them from safety outside of the safari vehicles.  Hippos are among the most dangerous animals in Africa.  They are notoriously grumpy and ill-tempered and they can and do kill people.  What I found most surprising is that they are very fast and can outrun a man. 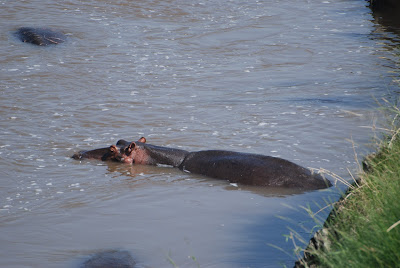 They look like they would be slow and easy to escape, but this is not so.  They are especially dangerous in water, if, say,  you are floating by in your flimsy little canoe.  They can easily over-turn a boat.  They are big, too.  Much bigger than I'd expected. 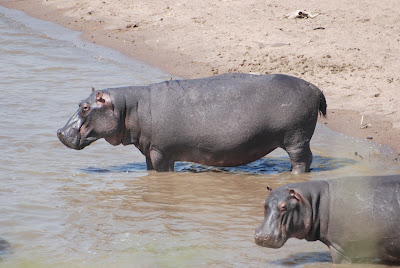 A bull hippo will control a stretch of river and he and his harem (females and babies) will all congregate together in the water during the day.  They sunburn easily, so you'll find them in mud holes or mostly submerged in rivers. 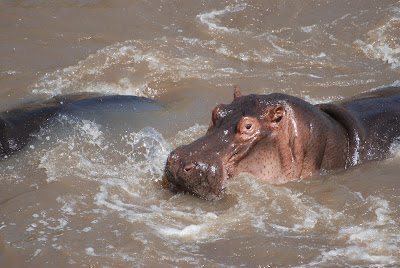 The hippos leave the river (or lake or mangrove) in the evening and graze on grass at night.  They do not graze in herds as they are solitary diners. 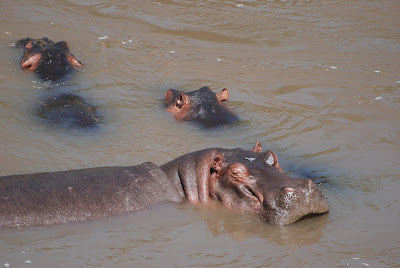 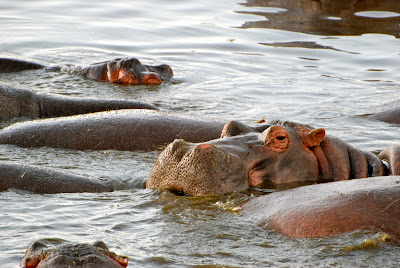 If there is a smellier herd of animals, I don't know what they could be....nor do I want to be down wind of them.  This large group of hippos truly stank! 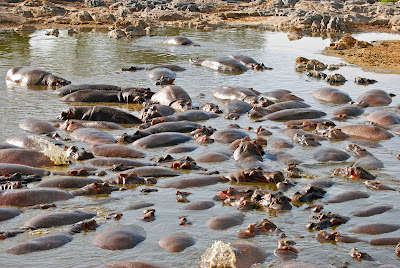 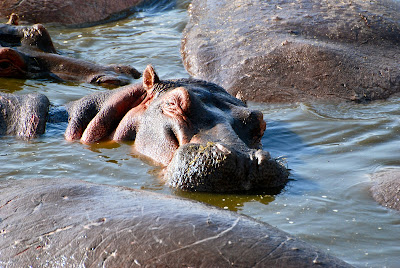 They certainly seem to enjoy their naps. 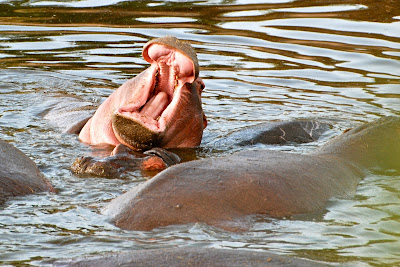 Do you remember the ballet dancing hippos in Walt Disney's Fantasia?  They were much cuter in that film than they are in reality.  Smelly, aggressive and territorial, they just aren't terribly attractive animals.
Posted by Michele R. Unger at 7:27 PM

You got some great shots of these dangerous animals. I had heard this before but it is still hard to believe they can run so fast. I hadn't heard about them being smelly before.