Houseboating in the Backwaters of Kerala

We spent two days on a houseboat in the "backwaters" of the State of Kerala while we were on our South Indian tour.  It was the most relaxing time we had on the trip, and it was just magical.


The bird life along the lakes, rivers and canals was more than abundant and the word teeming seems to be just the right choice.  We saw bee eaters (very difficult to get photographed clearly) and horn bills, eagles, hawks, ducks of all sorts, cranes, herons and the list went on and on.  I am no bird expert, but I do love to watch them.  And try to photograph them.  I didn't have  much luck while on the houseboat as most of them were either very small or very far off and the engine vibrations were enough to make most of my shots either downright blurry or not quite in focus, at best.  Too bad, but, hey!  I got to see them!


Life along the lake, canals and rivers looks exotic and lovely.  There are long dikes with a single line of houses built on them, all strung out like beads on a string.  On one side, river (or lake or canal) and huge rice fields on the others, protected by the levees and dikes.  Some of the canals are narrow and you have to use one of the local canoe-like boats to get through, but others are wide and many houseboats are busy going in all directions.  It bustles. 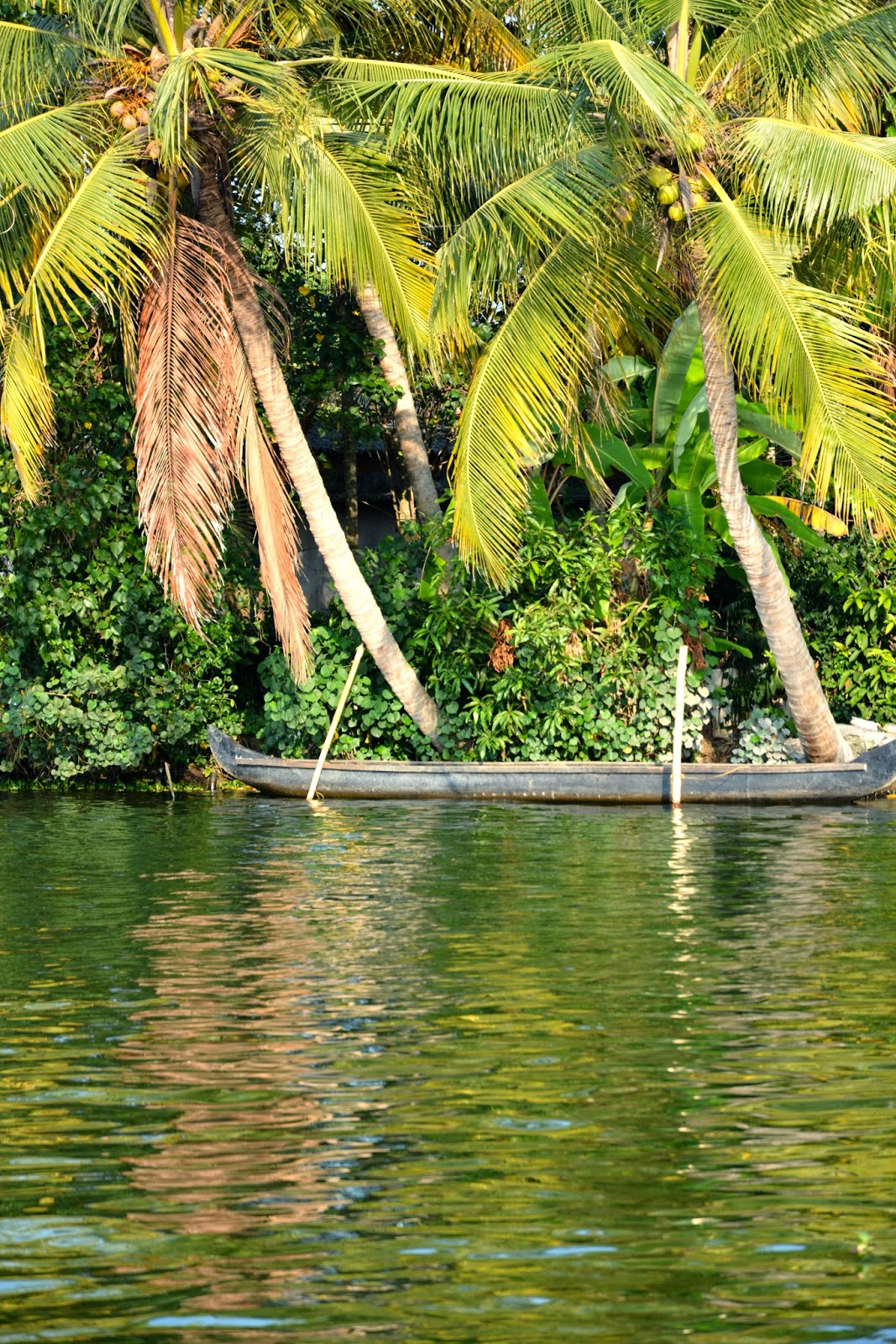 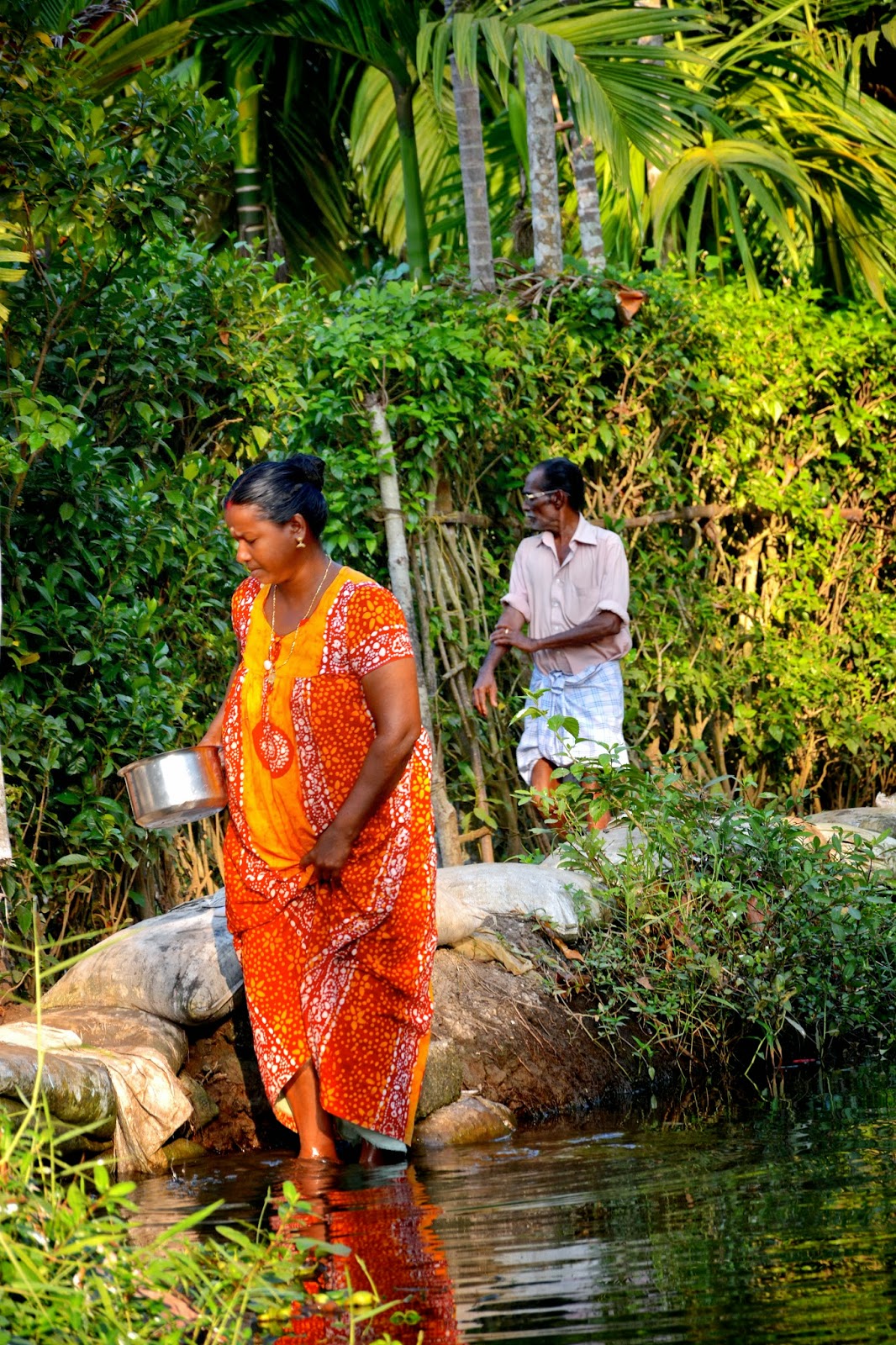 The local people just ignore all the houseboats and the curious tourists who travel on them.  They have real things to do and can't be looking back at the lounging visitors. 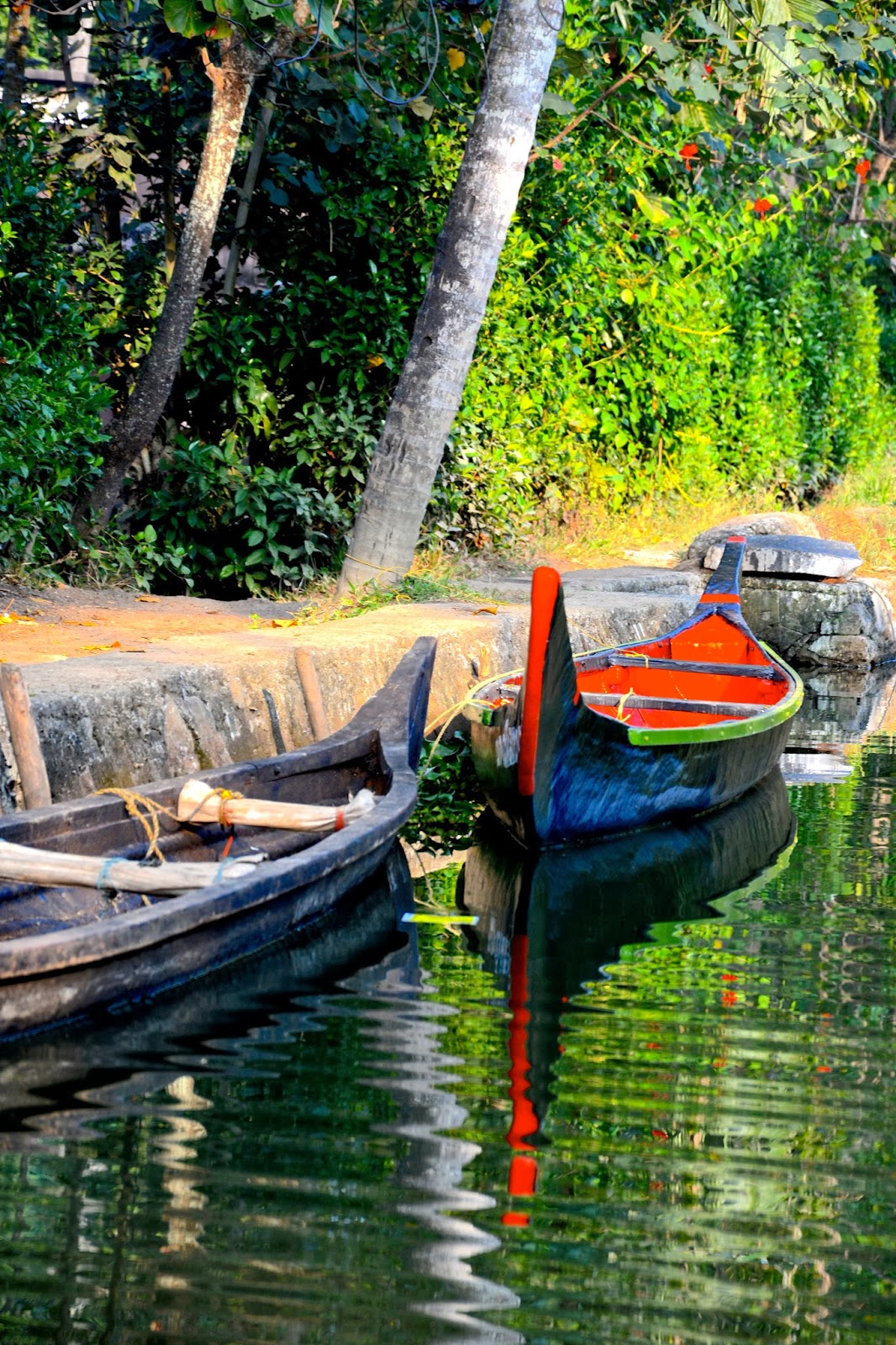 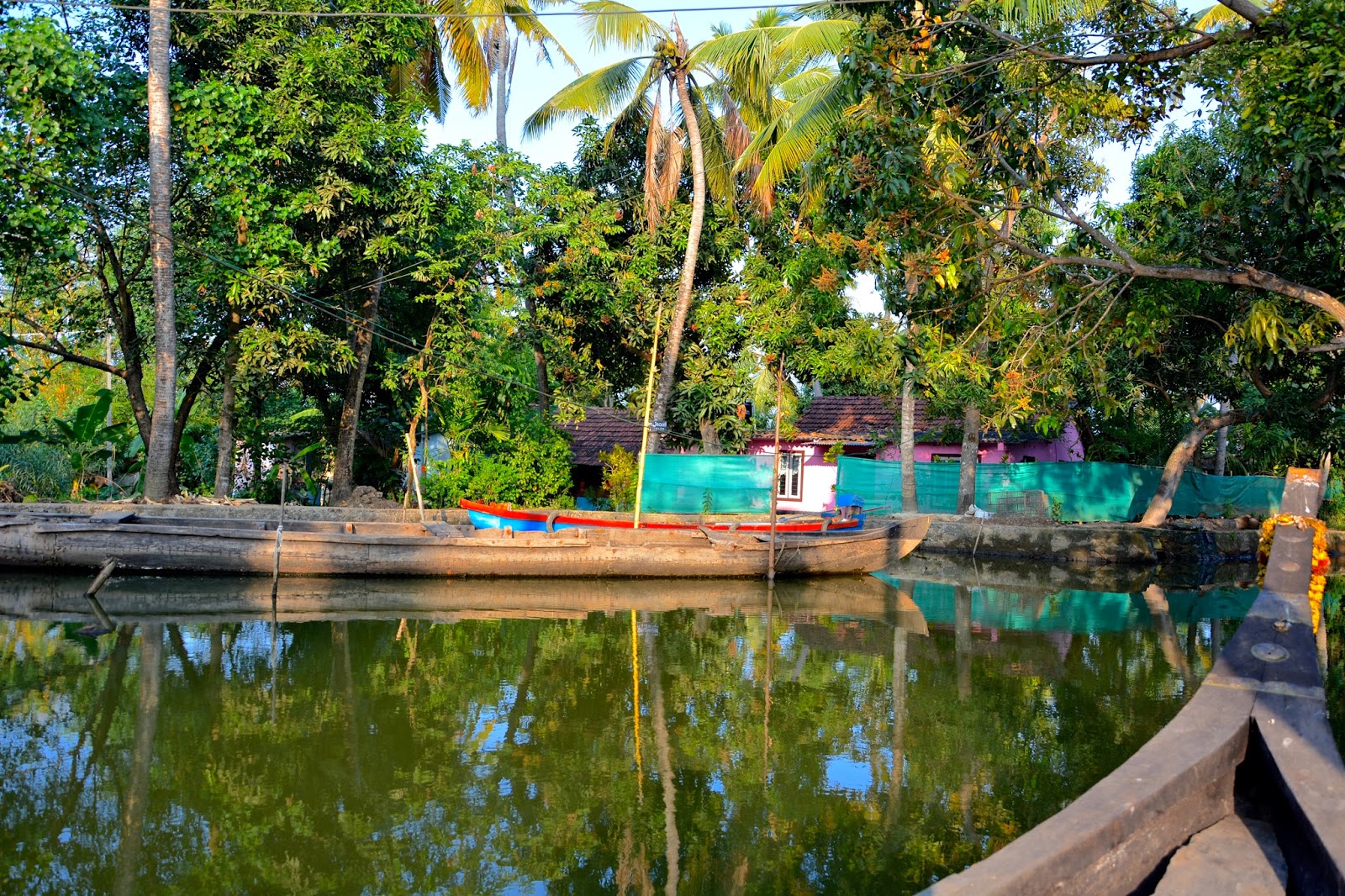 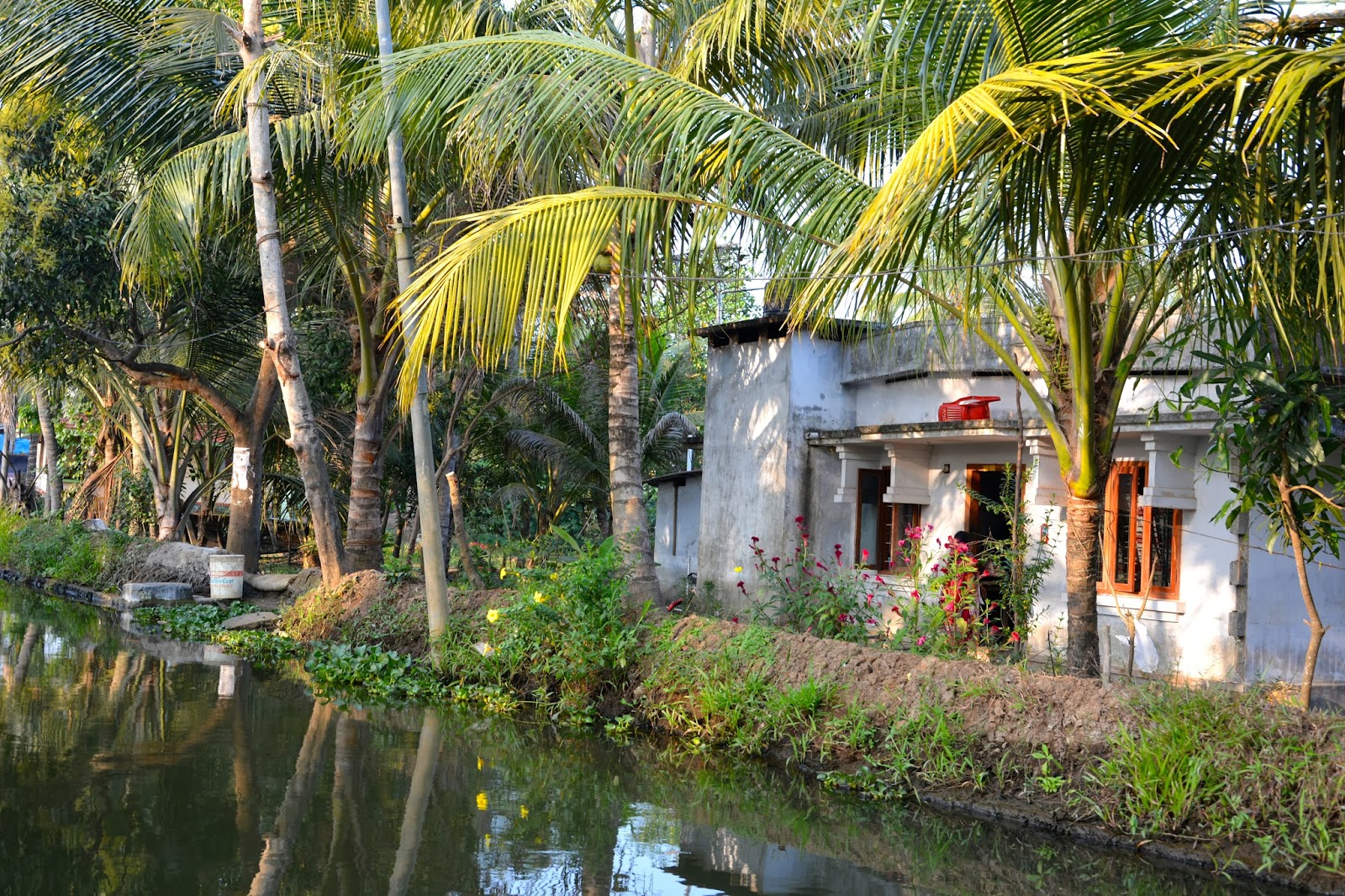 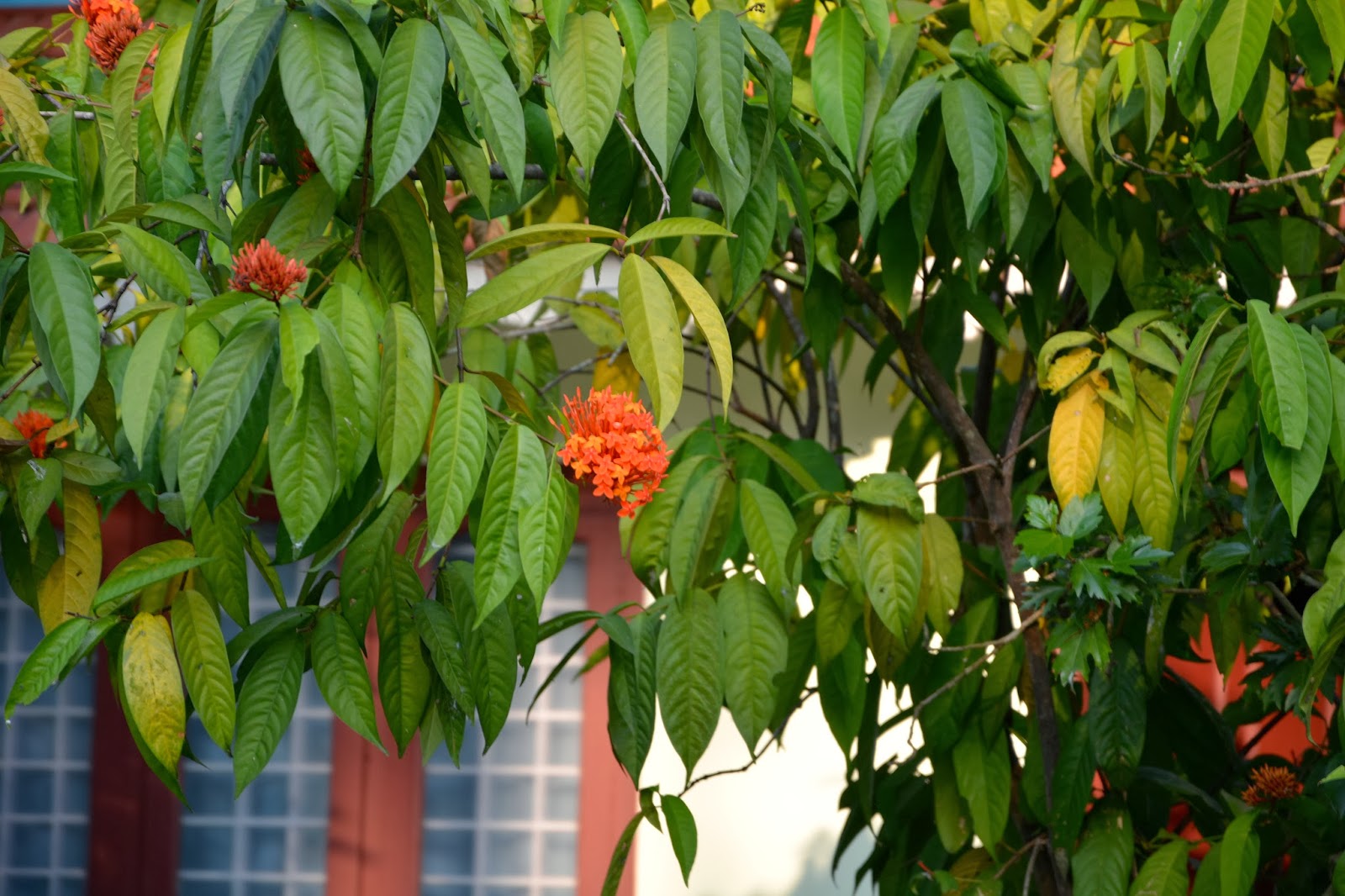 It was so beautiful I just sat out on our front lounge and watched it all pass by.  Boats, birds, children swimming, women washing clothiers, ferries going from one side to the other, power lines stretched across the canals, temples, churches (there are lots of Christians in Kerala), little shops, bigger shops....the list of things to gape at was long and varied. 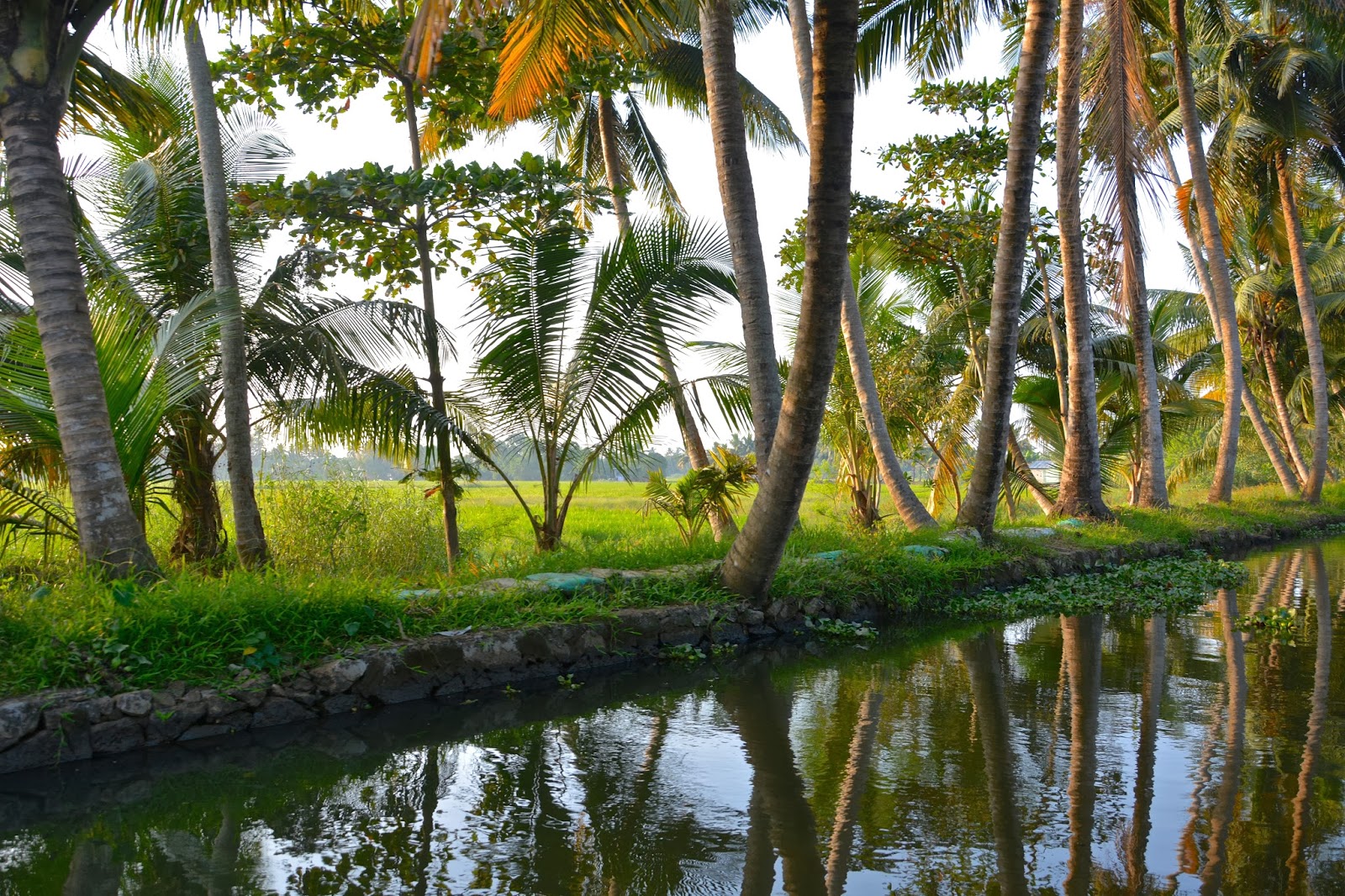 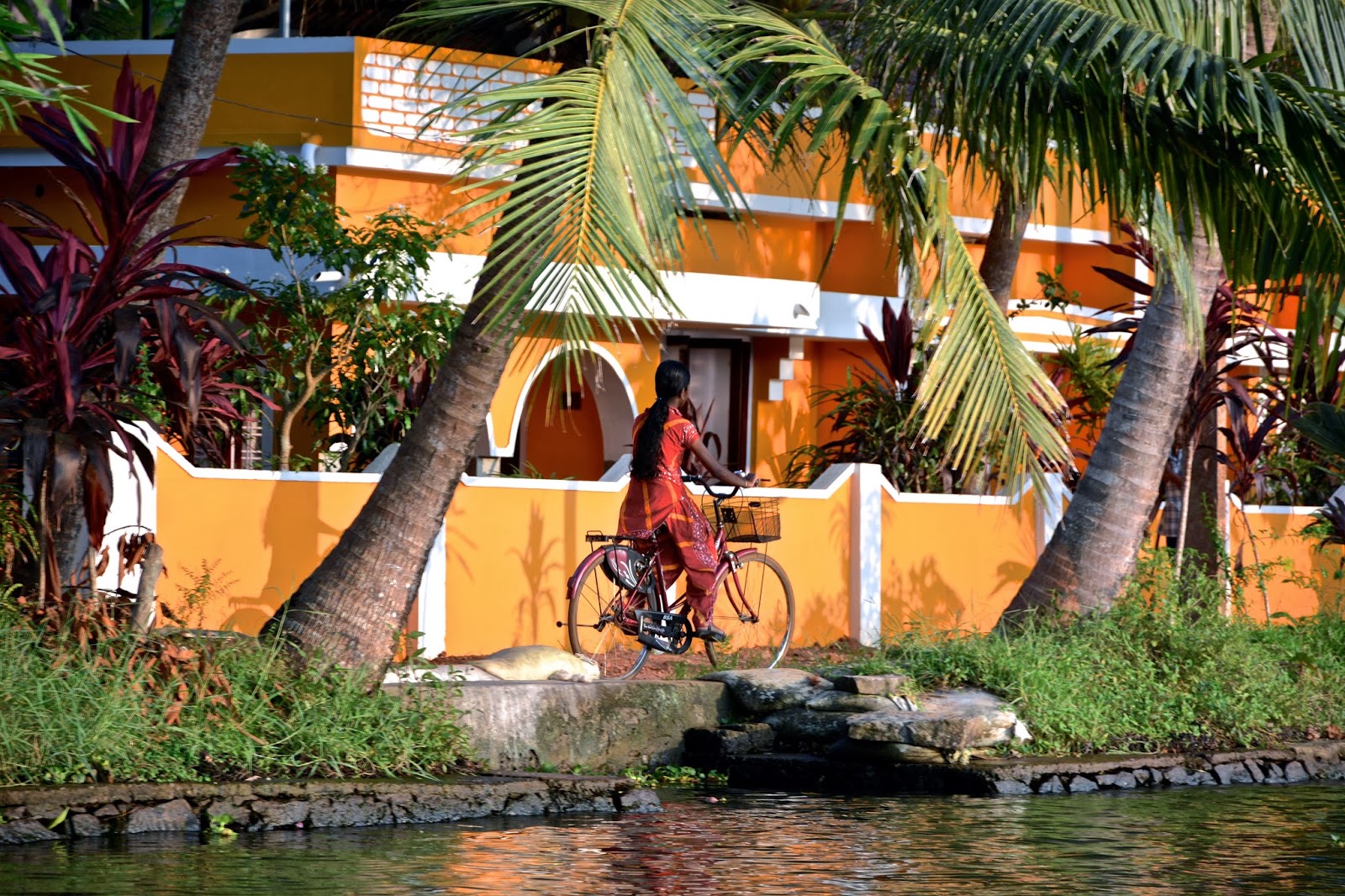 I will always think of Kerala as a technicolor place!  The greens were vivid, the oranges striking, the browns were deep and rich.  There was color everywhere.  It was truly beautiful.
Even the locals were decked out in technicolor clothing.  Everything was bright and pretty. 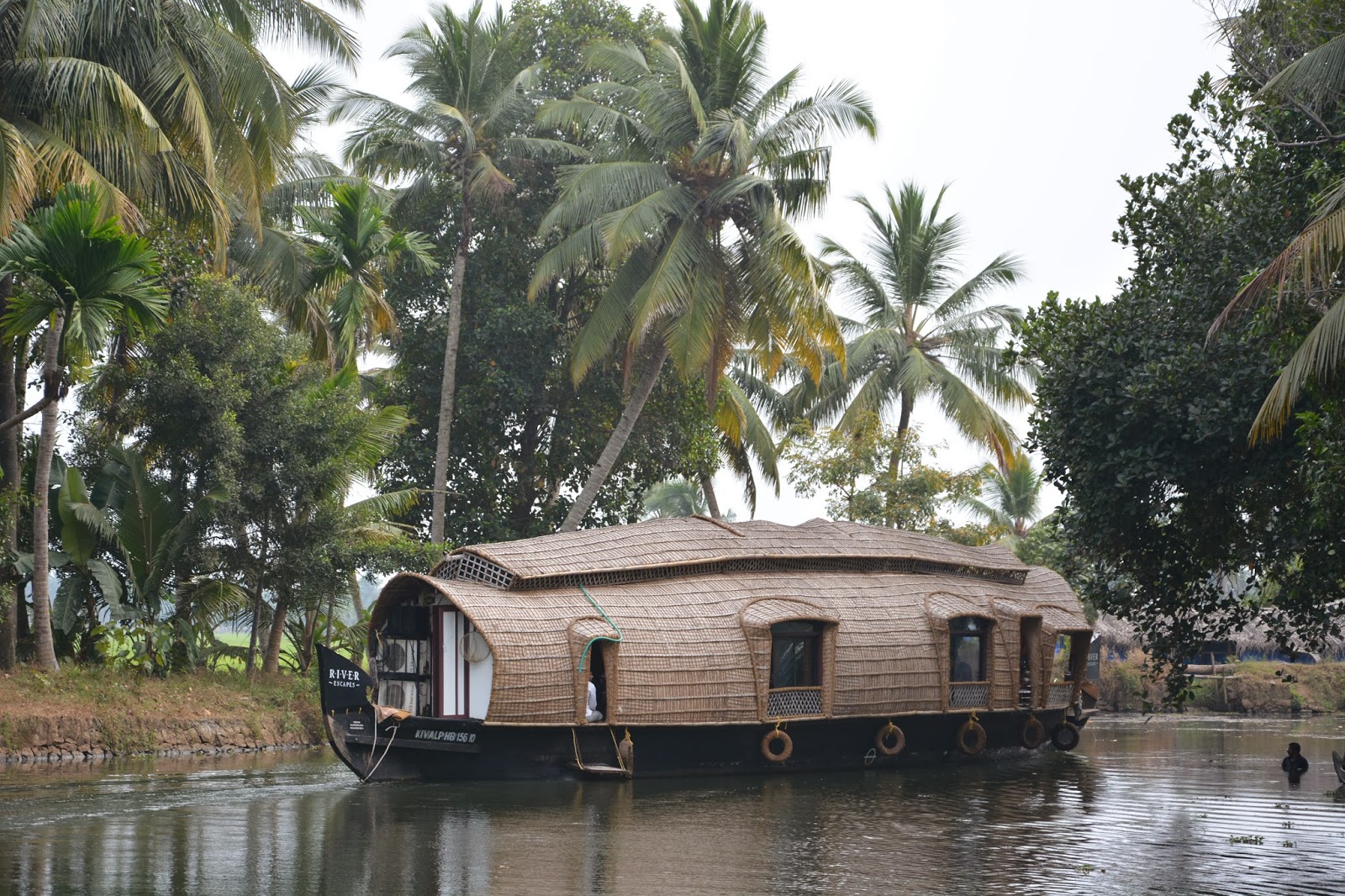 Our houseboat was extremely comfortable.  While it was hot and humid outside, all the cabins were air conditioned, so sleeping was very nice.  Each cabin had either twin or double beds, depending on what was required, and each had its own bathroom with a very nice shower.  Big windows looked out on the passing scenery, should you wish to lie about in AC comfort and just laze away a hot, sticky afternoon.  The food was prepared by the chef on board and it was excellent.  We brought out own beer, which was served to us ice cold.

It was some good time we had on the houseboats! 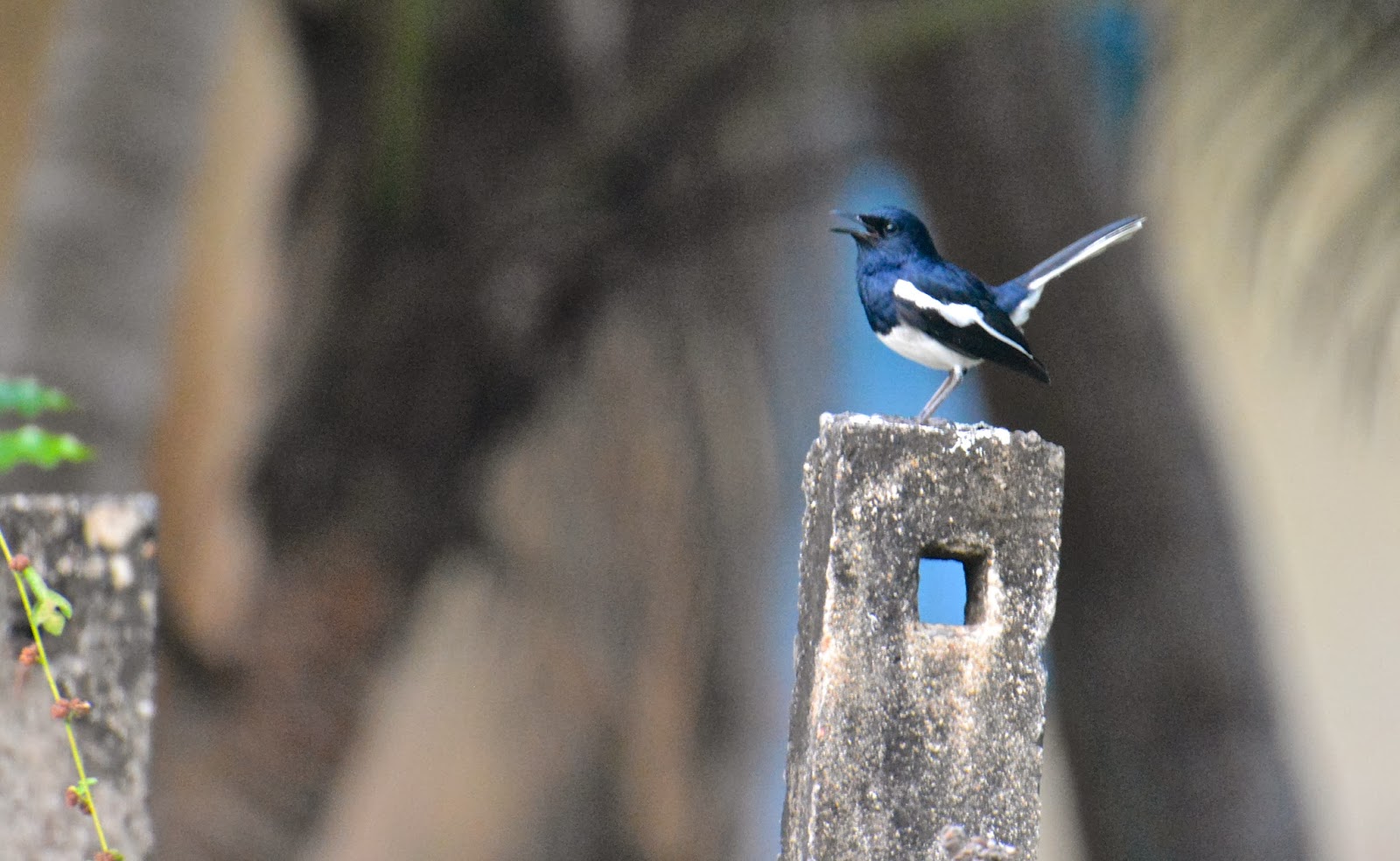 I am off to California for about two weeks in the morning, so there will be an interruption in my posting.  As one of my favorite bloggers, Mary Ann Moss, likes to say...."Talk among yourselves." 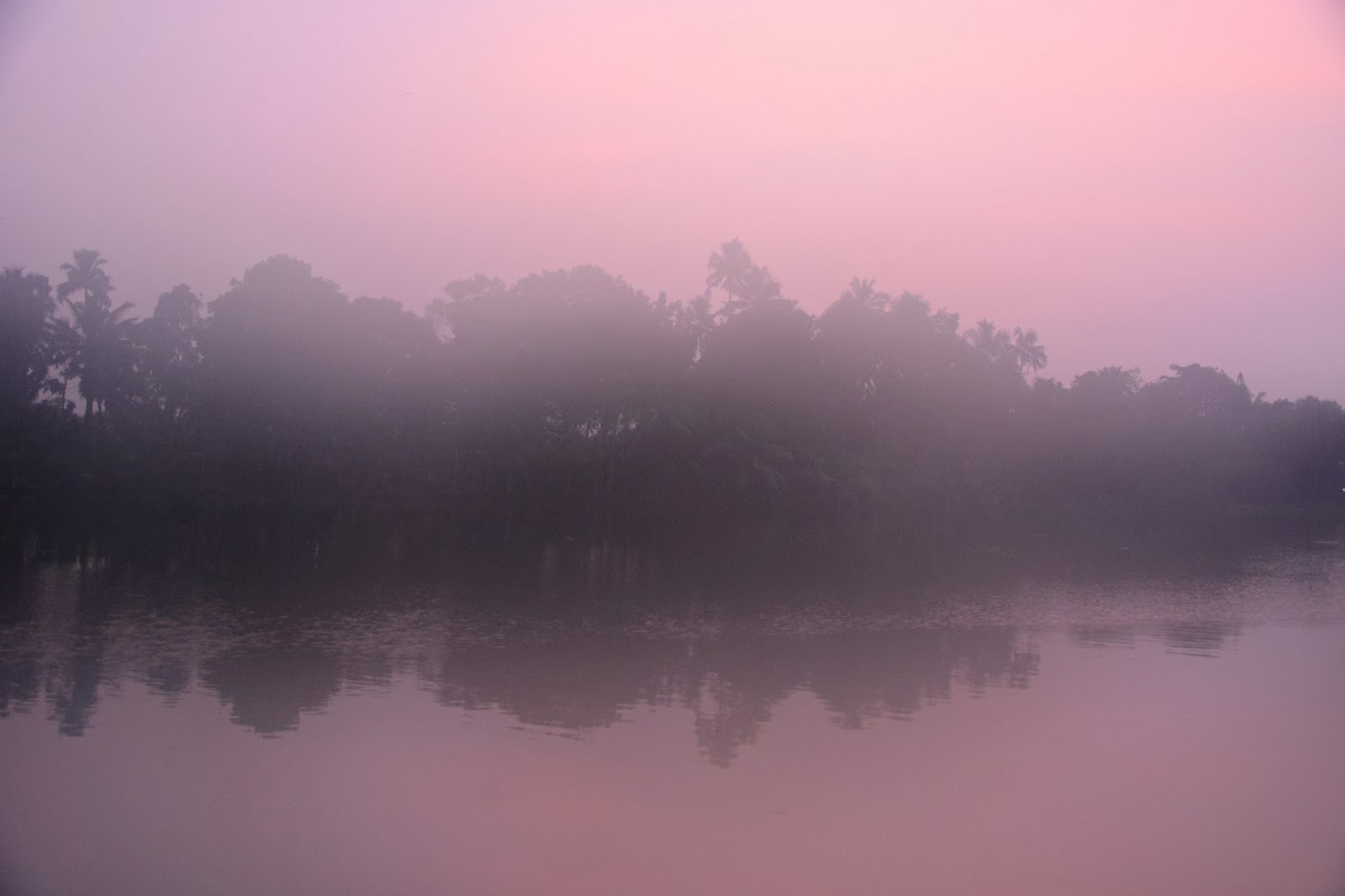 I feel I have been on your trip with you. The photography is amazing. I once went on a raft trip down the River Kwai in Thailand. I won't forget that experience just as I know you won't forget yours. Beautiful!

How beautiful and exotic. The colours are amazing and the photography super. memories are made of this adventure.