Oysterville is a cute little historic village on the shores of what was once called Shoalwater Bay and is now known as Willipa Bay.  Oysterville was founded in 1854.  The tide lands were coved with small local oysters and down the coast in San Francisco, the gold rich diners were oyster mad!  The walking tour pamphlet I picked up stated, "A peach basket filled with oysters brought a dollar in gold on delivery to a schooner anchored on the tide flats in front of town.  That same basket brought $10 on arrival in San Francisco, and the epicures in oyster bars and seafood restaurants there would pay a silver dollar for one oyster---an oyster smaller than the dollar!"* 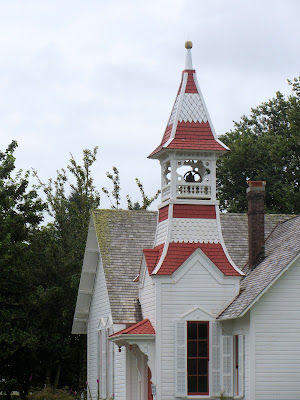 The Baptist church was founded in 1892 with a donation by one of the founders of the town, R. H. Espy.  It no longer serves as a working church, but I noticed that there is a Vespers service on Sunday afternoons.  I wish I'd known that; I would have gone. 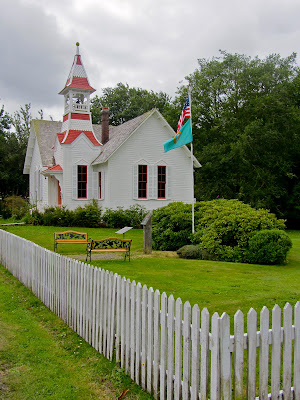 I found the hardware on the door in the church building to be fascinating.  They are beautiful examples of late Victorian detail and decoration. 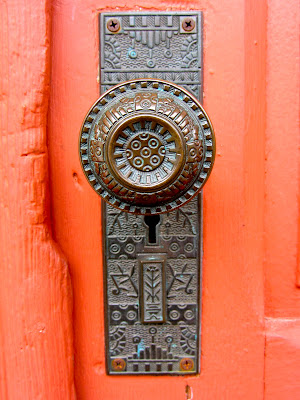 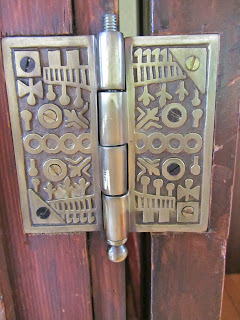 The homes in Oysterville are very well kept and many have lovely gardens.  One home had this growing in the front yard, right along the fence.  I do not remember ever seeing it before.  Do you know what it is?  I'd like to know. 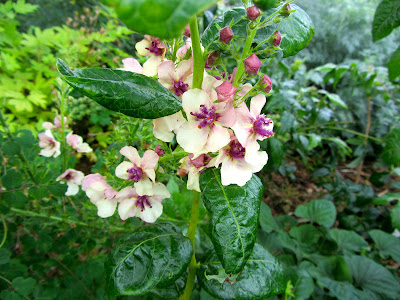 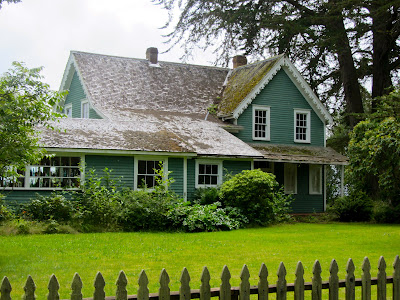 This home was once an inn.

We also spent some time on the beach at Leadbetter Point State Park.   There were many herons fishing along the water's edge on the tide flats.  To the north of the park is a national game refuge and it is a snowy plover protected area.  Lovely to walk along the beach and watch the birds! 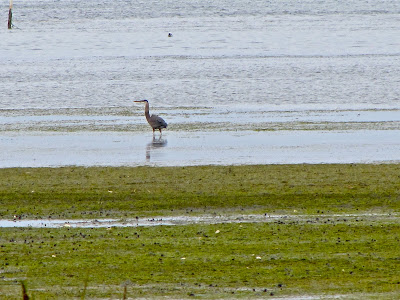 It looks a gorgeous little town. The door handle and hinges are fascinating. I've never seen that before.