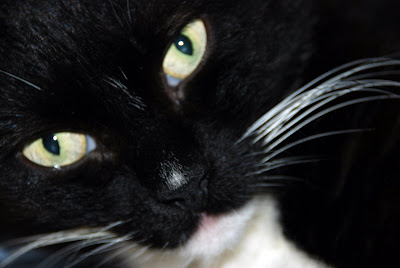 Oh, I tell you, Dear Reader, times have been tough around here for Uncle Orcie. It seems that the lady of the house has been having company come to stay. These strangers, these suspicious strangers, have been staying overnight IN HIS HOUSE. 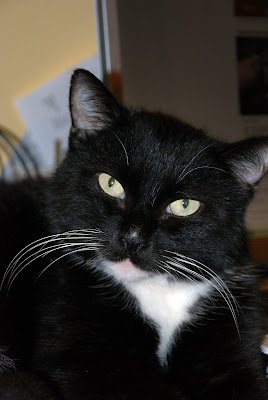 Have I mentioned how little Orcie likes company? Have I mentioned how much he resents changes to his routine? Have I ever told you what he thinks of my grandachildren, or any person under 48 inches high? The grandchildren are the worst. They appear suddenly, full of fast movements, loud noises and they try to pet him!

This is why he is known as The Great and Terrible Uncle Orcie to the grands. They have been informed, repeatedly, that Uncle Orcie does not like them. Uncle Orcie will never like them. This is most definitely not their fault nor is this a personality flaw of the grands, they are told, but rather that Uncle Orcie is old and crabby and unfriendly. Best just to leave him alone, cut him a wide berth, ignore hm, avoid him at all costs....

Saturday was very hard on Uncle Orcie. It started out alright. All the overnight guests were gone, the house was quiet, his human was giving him lots of quiet and appropriate attention (read: tuna) and then, THEN it happened! Emma burst through the door closely followed by her parents who were each carrying a baby! Two babies! The sheer horror of it was more than he could bear and he flung himself out the cat door to the backyard, where he ensconced himself at the back door (all glass) so he could glare in at HIS human---who ignored him. These babies stayed for hours. They took up all his human's attention and they got food, and were held and cuddled and kissed and fussed over. All this he took in from him position outside the back door, looking in at the warm house (with tuna). It was so unfair!

Finally they left and he was able to come back inside, eat tuna and return to the warm place next to that infernal machine his human is always pounding away on. There is usually a pile of paper next to the machine and he likes to sleep on the papers and crumple them up nicely and shed black gleaming cat hairs all over (which the machine does not appreciate) and make the warm place his place.

The house is quiet again. His human is again at his beck and call. Life is once again as it is meant to be. Once again, life is good..... 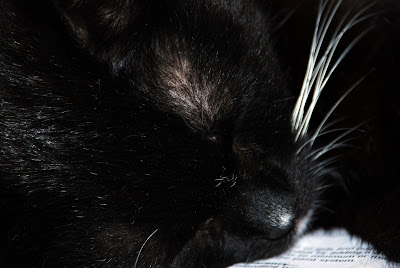 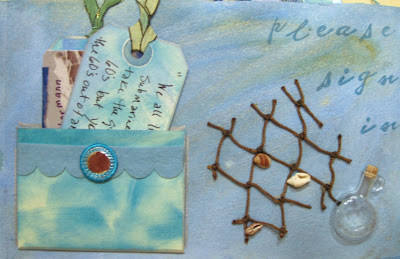 About 19 months ago I sent off a journal I created for the Sensual Journal project. The premise was that each participant would create a journal with a theme that would be shared with six other members of the group. Each participant would work in an other's journal and each entry had to relate to four of the five senses (sight, tough, taste, smell and hearing). You did your entry, mailed off the journal to the next person on your list and received another journal in its place. And so it went. I worked in some amazing journals with varied themes. Time was one. Journey was another. One was Quotes. I can't remember the others at the moment, but each journal was truly unique and wonderful and I had a remarkably good time adding my art to each journal.

My journal, Water, came home last Friday and a thing of beauty it is! The six artists who worked in my little book each did an amazing job and while each relates perfectly to the theme, each entry couldn't be more different. I have scrutinized each and every page several times and I keep fining more and more little details that thrill me. It's a beautiful book and I will cherish it always. 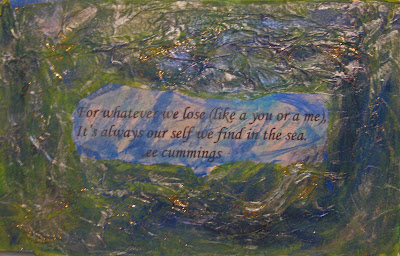 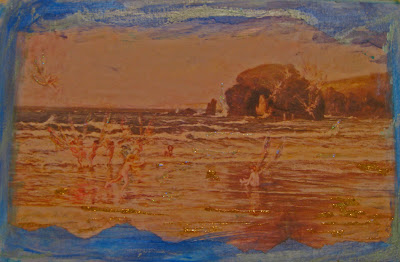 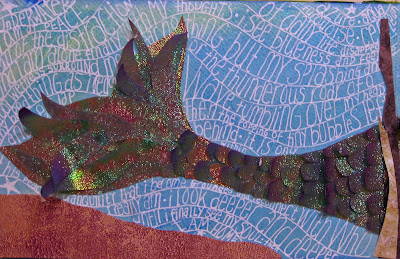 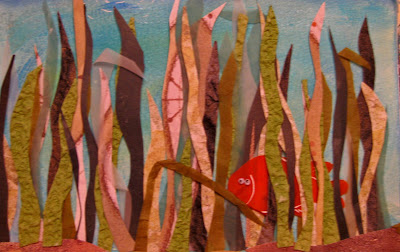 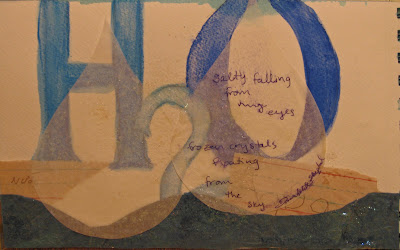 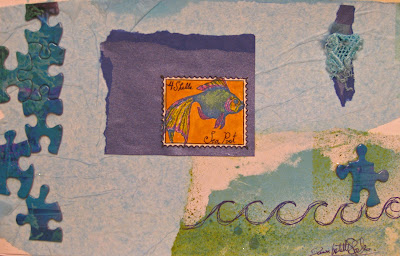 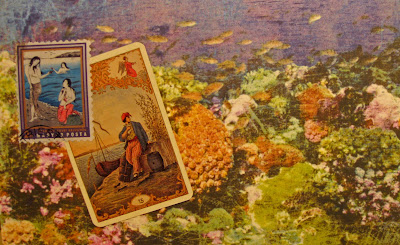 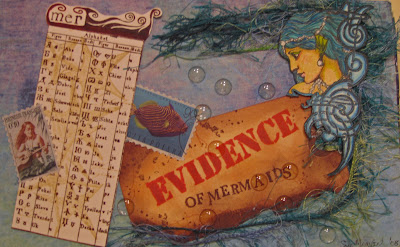 To Deb, Mary, Heather, Sue, Dawn and Joanna my deepest thanks. Kudos to you all! You have created something so special and so meaningful to me that words fail. 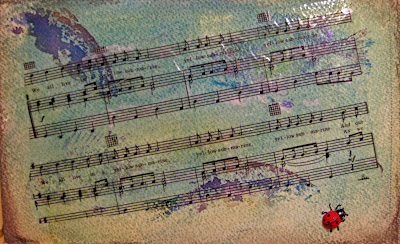 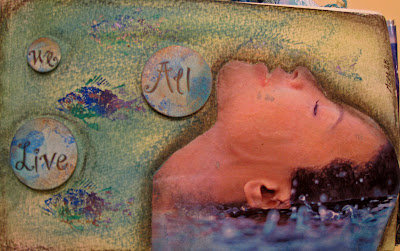 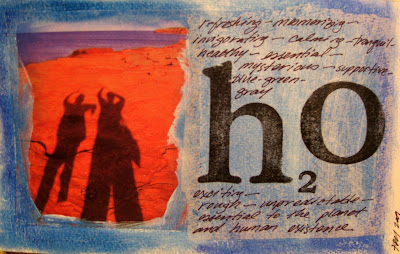 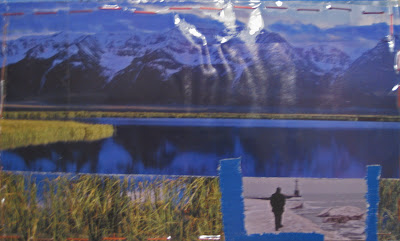 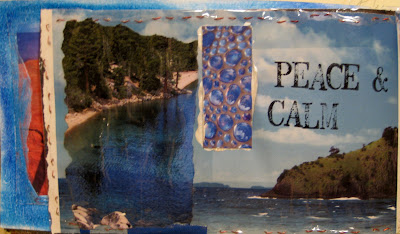 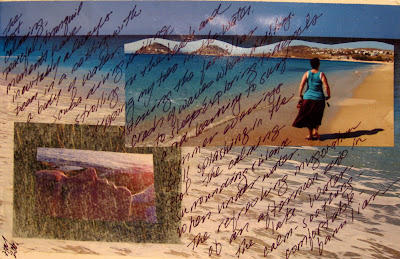 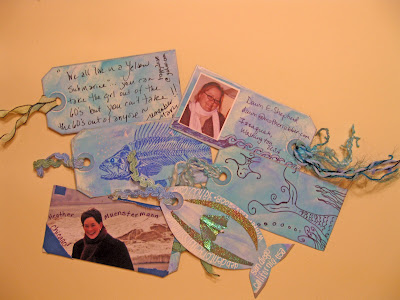 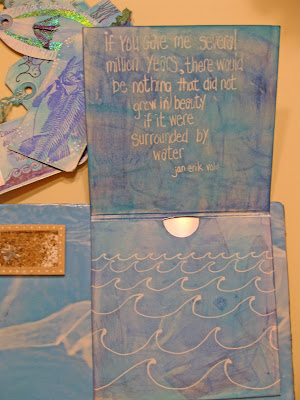 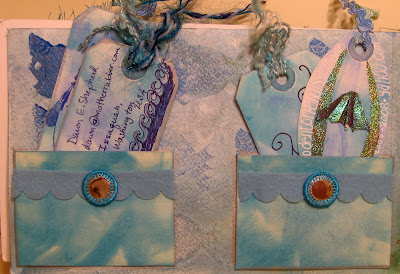 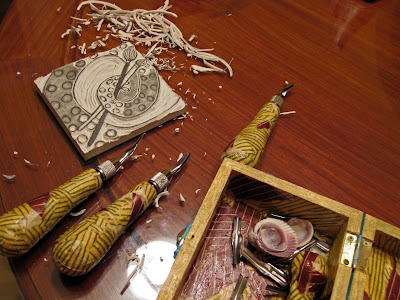 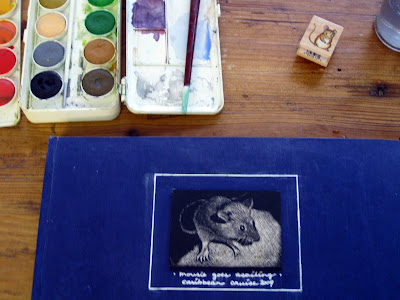 The mouse was done by a very talented lady, Elizabeth Barrickman, who has a
lovely little shop on Etsy.

ArtFest is coming and I am woefully behind. I have been 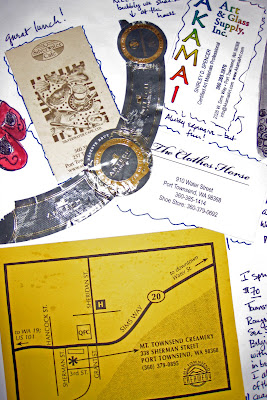 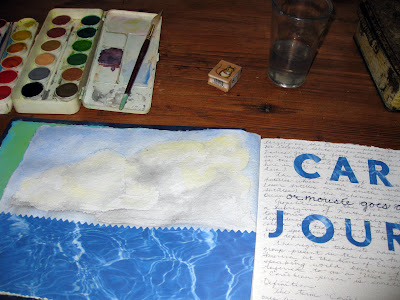