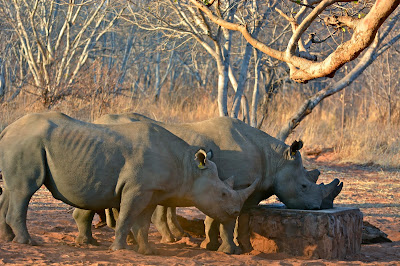 We were able to visit a rhino feeding station while we were in Zimbabwe.  It's very sad but true that the poaching of rhino has reached such proportions that armed guards need to be posted to keep the poor animals from being slaughtered for their horns.  Every rhino I have ever seen in Africa was there because it was being guarded.  Unprotected rhinos do not survive.  The market for rhino horn is still huge and a single horn can bring as much as $350,000.  And why, you might ask?  Because it is believed, in Vietnam, that rhino horn can cure cancer and even hangovers. 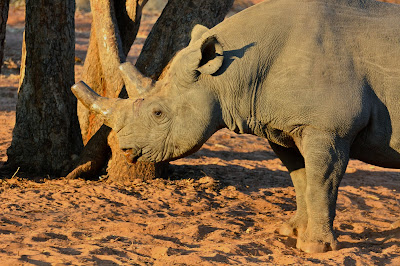 In the past, rhino horn had a huge market in China, where it was believed to a tonic for liver ailments, and a cure for a myriad other ailments .  That is no longer a much lauded belief and rhino horn powder is not often to be found in Chinese traditional medicine pharmacies, but in Vietnam, the horn is used for fevers and as a tonic for general wellness.  They might as well be grinding up their own fingernails and toenails and ingesting that powder, as both human nails and rhino horn are composed of keratin (as is hair and animal hooves). 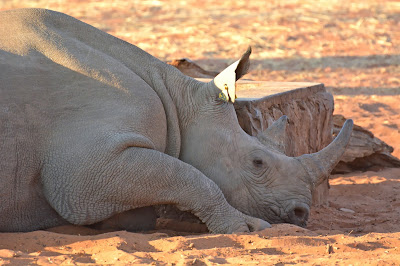 In Africa, many plans to protect the endangered rhinos have been tried.  They cut off their horns as a prophylactic to being poached.  Apparently some game preserves have been giving the rhinos a poison that does not affect the animals but is passed on to humans who ingest the horn.  We were told that it would not kill a human, only make them very sick.  At least, that was the story.  The fact remains that these amazing creatures are in real trouble and might well be made extinct because of superstition and misinformation. 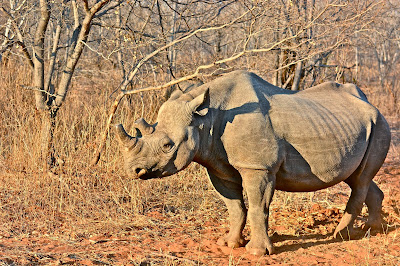 We were lucky to see this many rhinos all together.  In October of 2013 alone it is estimated that over 100 rhinos were poached in South Africa alone! 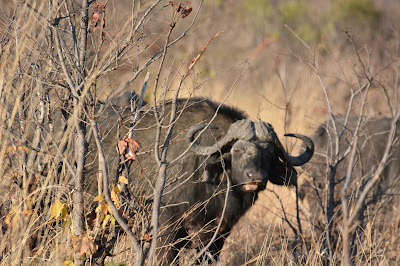 We also saw many African buffaloes on this trip.  (They used to be called Cape Buffalo, but since they are found all over Africa, the name has been changed to more correctly describe them.) 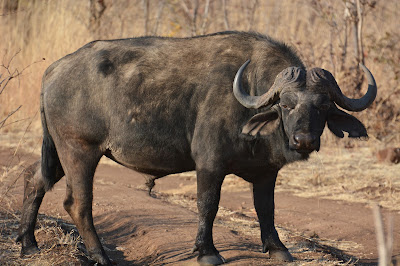 The African buffalo is very unpredictable and that makes it a very dangerous animal.  They have very bad eyesight.  I wouldn't want to run into one while I was on the ground.  Frankly, being in a stout safari vehicle didn't seem all that much protection from such a large, cranky animal. 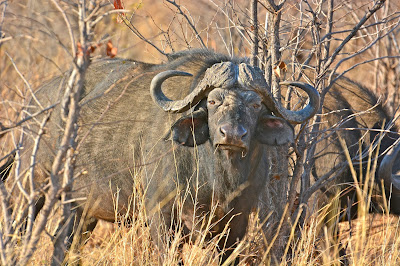 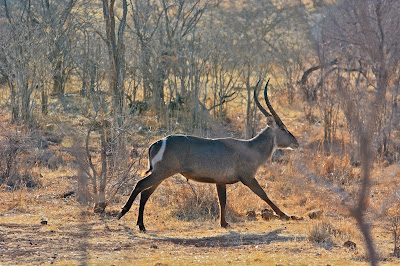 This is a waterbuck.  I really like these large antelopes, especially the "bulls eye" on their behinds! 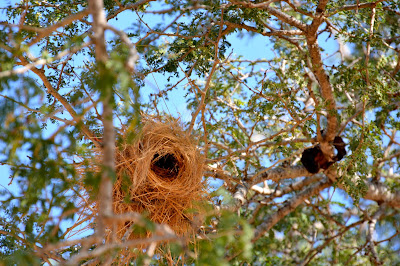 Weaver birds are found all over Africa and I am very fond of them.  Their nests sometimes cover whole trees. 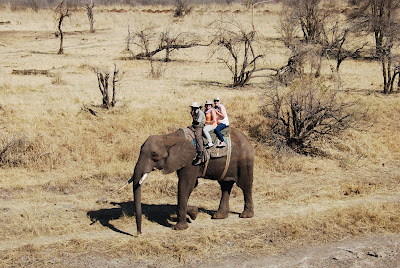 And here you have Nonie and me, riding an African elephant.  "Our" elephant's name is Tusker and he is a 40-year-old male.  He is huge.  I had heard, incorrectly, that only Asian elephants were ridden, so it was a lot of fun to be able to ride an African elephant, too.  The elephants at this camp were all orphaned and the park rangers, not having deep personal pockets, came up with the idea to train the elephants to provide tourists with an activity and let the elephants earn their own keep.  Apparently is has worked so well that there is sometimes an excess of money and those funds are then donated to the Save the Rhino fund.  It's a win/win.

I can't wait to here the stories in person tomorrow. Great photos and information on all of these animals!

The helicopter ride looks breathtaking. Sad about the rhinos. You look awfully small on that huge animal.