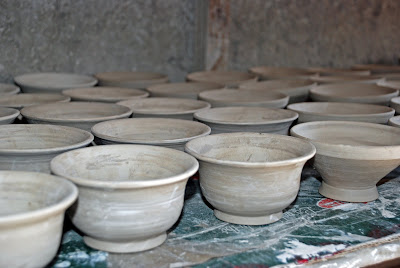 Fes has beautiful ceramics and pottery. The city is famous for its blue and white pottery designs and I can attest to their beauty. We got to visit one of the potteries in the Ain Nokbi district, where the potteries are now located. As with most arts and crafts, pottery used to be made in the Medina. All the potteries have now been moved to the Ain Nokbi district because of the air pollution caused by the kilns. (They use a combination of wood and olive pits for fuel.) I was told that the potteries in the future may be moved even father out because of the smoke produced by the kilns. It was smokey at the factory, but being a potter, I have to say that the smell of the wood and the baking clay made my heart race a little faster as it took me back to my time in Japan when I was lucky enough to be involved with firing an anagama (a traditional Japanese kiln). Wherever the potteries are located, I would encourage anyone visiting Fes to make a stop to see the lovely items produced there.

Above are some little thrown bowls in raw clay drying. Once they are completely dry they will be decorated with glaze and fired. I was told that Fes, unlike the rest of Morocco, has stoneware clay, which is much sturdier than earthenware clays found in other locales in the country. Stoneware fires to a much higher temperature than earthenware so it resists chipping and hard use. 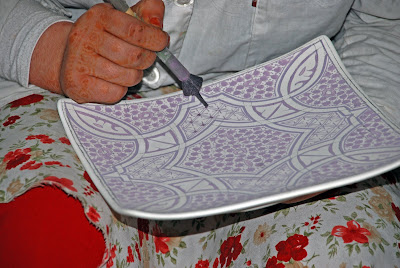 Each item is decorated by hand. This glaze, which looks purple in its unfired state, will become the lovely blue of traditional Fes pottery once fired. 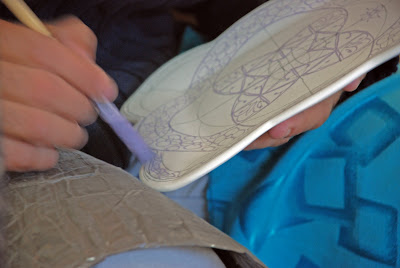 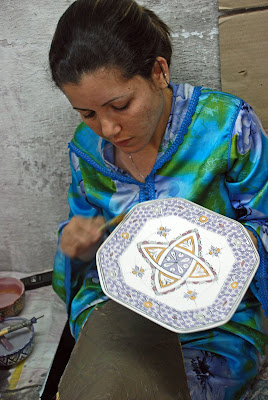 These little bowls are ready for firing. 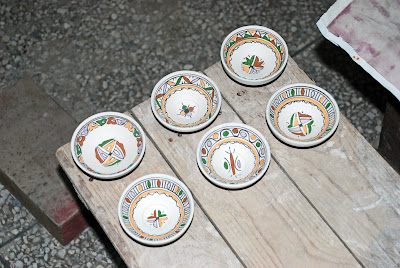 I was told that they fire at high temperature for about nine hours, then close the kiln up tightly and let it cool down for three to four days. Because all the oxygen in the kiln is burned off when the kiln is sealed, they are achieving a reduction firing which helps with the durability of the stoneware. 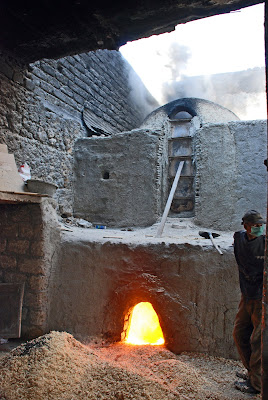 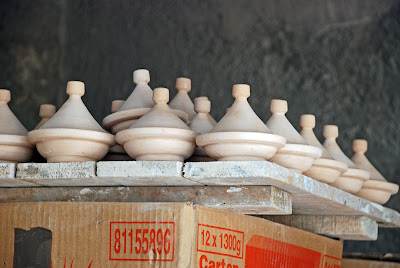 These hand thrown tajines are ready for decorating. 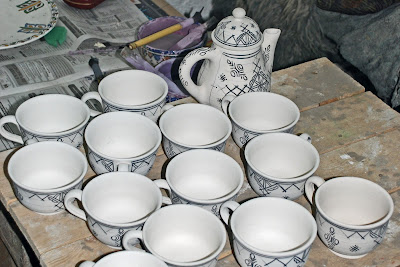 This coffee service will be the Fes blue once it is fired. 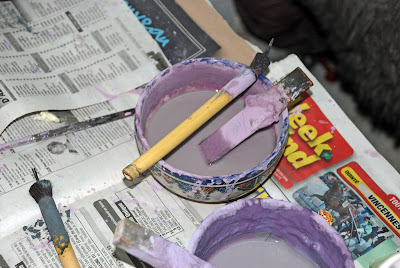 This is the blue glaze. 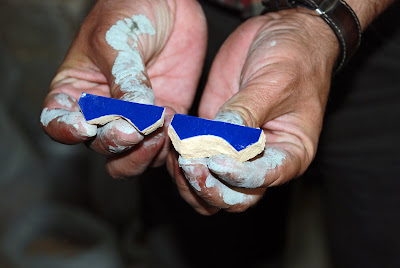 This photo shows individual zellij tiles in the traditional Fes blue. I had no idea that the zellij tiles are chiseled from finished, glazed tiles. Each shape, and there are hundreds, are traced onto the tile and then chiseled out by hand. It is a laborious process and one that requires much skill. And then they put them all together to make the intricate designs that make up traditional zellij tile work. 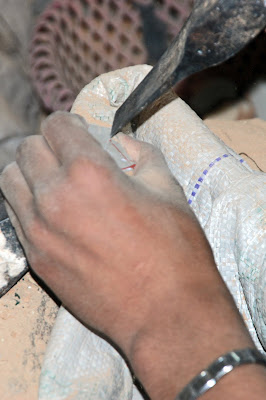 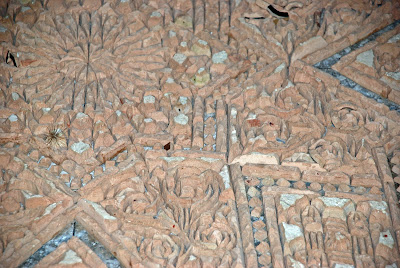 The above and below photos show zellij tiles that are being arranged upside down into designs that will be cemented from the backside to form tiled table tops. This way, the table surface will be perfectly flat. 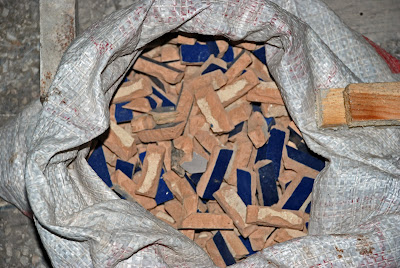 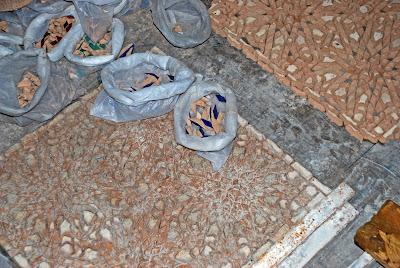 Here is an example of zellij work. (This was on a wall.) 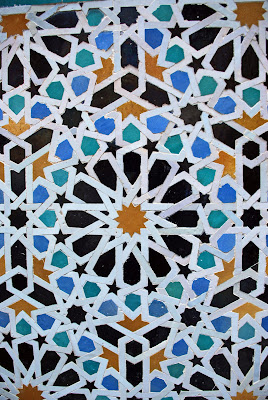 what an amazing trip! All of the wonderful things you saw and learned about! Thanks for sharing them with us!

I can imagine how much you would have enjoyed this trip to the potteries, It certainly is an amazing art.