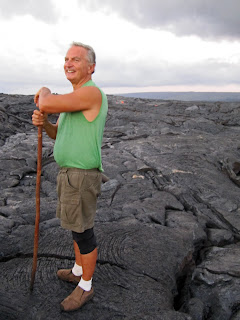 The gentleman pictured above is Bo Lozoff, who leads walks onto the Kalapana lava field. Bo does a great job and if you really want to see lava up close, this is the way to do it. (You can reach Bo at (808) 443 7247, which is a local call anywhere on the Big Island.) I feel like I can make that statement as I tried several methods while I was on the Big Island. We did the Hawai'i Volcanos National Park trip, we did the open door helicopter tour, there was the ill-advised lava boat tour and finally, the lava walk. 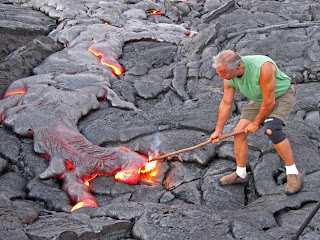 Bo demonstrated that you can actually get some lava onto the end of a stick, then knock it off the end and you will have a piece of rock molded around the stick, the shape to last as long as the rock remains whole. It is really hot to walk right up to the lava this way, but it was so slow moving, not particularly dangerous. 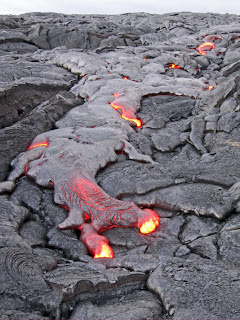 The Kalapana lava field in the East Riff area of the Kilauea volcano. It completely buried the village of Kalapana in the 1980s-90s. 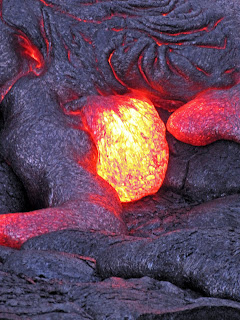 This sort of lava is known as pahoehoe. I sent my daughter a copy of this photo to show to my 5-year-old granddaughter. this little girl thinks it would be great to grow up to be a vulcanologist....or one of Santa's elves. Anyway, my daughter shows her daughter the photo and says, "Look at the photo that Gramma Gramma sent us from Hawaii.
"Do you know what this is?"
My daughter waits for the expected reply of "lava" but instead, "It's pahoehoe."
Well, she is a budding vulcanologist. 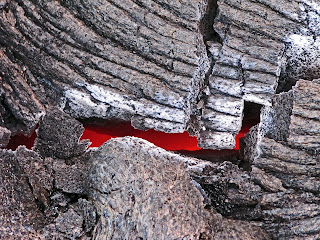 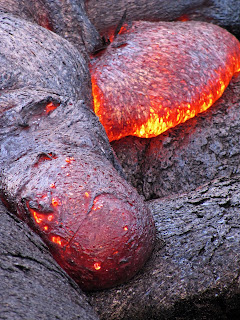 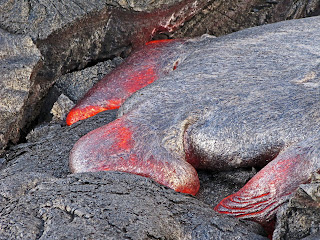 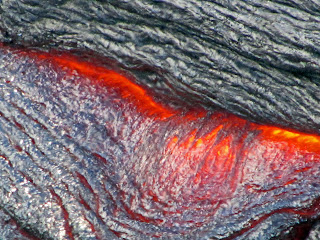 This is Peggy's old VW van. Peggy lived here on the lava flow until late in January of this year, when her house burned down. This van was old and apparently not running any longer. It surely isn't running now! 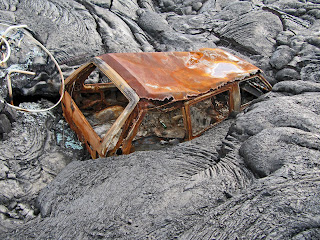 I think it's sort of eerie how the lava entered the van and drooped over the steering wheel. As our guide, Bo, said, I bet no one on the manufacturing line at the Volkswagon factory ever thought that this van would end up buried in lava! 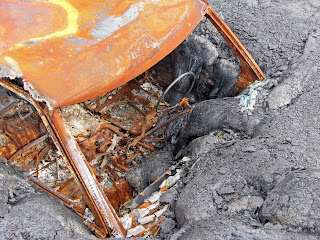 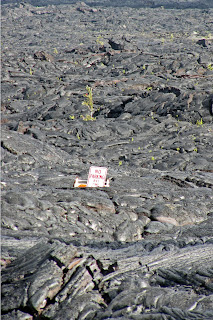 We spent the rest of our last day doing a lot of snorkeling....and packing. I liked the snorkeling part a lot, the packing and straightening up the rental house part not so much. I truly hated to leave. 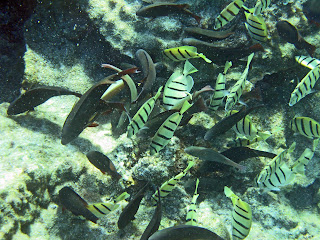 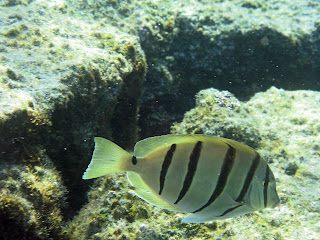 Here's a convict tang. I love how the stripe continues right through their eyes. 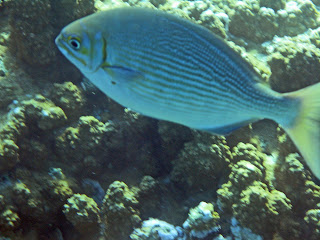 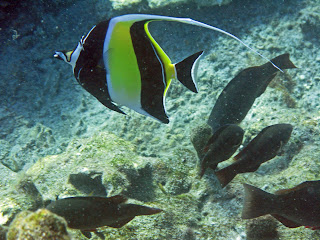 And this lovely lady is a Moorish Idol. Isn't she elegant?
I hate to say it, but this is the last post from Hawai'i. I had a positively wonderful holiday, from start to finish. I'd love to go again sometime.
Aloha and mahalo to the Big Island. 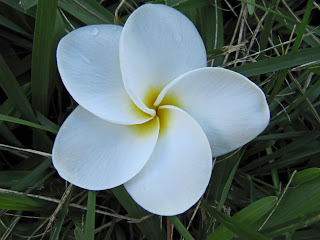 Wow you went right up close to the lava, oops sorry pahoehoe. You sure had a nice holiday and I can understand you not wanting to leave.

oh gosh, isn't it hard to come home after a wonderful vacation?