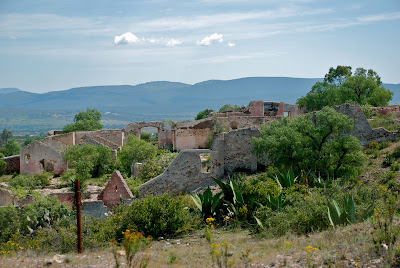 We took a day trip to Mineral de Pozos.  It was a very interesting visit to what used to be a very productive mining area and now is called a ghost town.  There were many mines in the area-----gold, silver, mercury-----and while they have been played out since about 1945, there are still fascinating ruins to view. 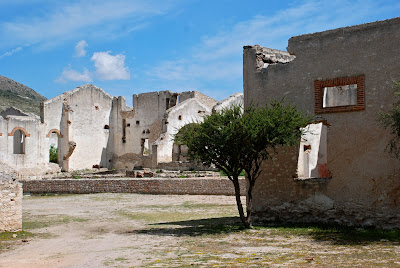 Each of the mines had very high and thick walls, for protection from the local Indians or banditos.  After all, these were rich mines with gold and silver, just the sort of attraction someone looking for an easy paycheck would be drawn to.  In their day they must have been very grand and substantial looking.

This mine was the Cico Senores. 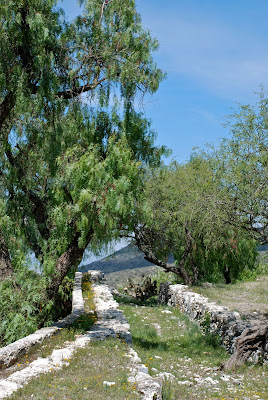 There are lovely views everywhere you look and since this is the end of the rainy season, wild flowers abound. 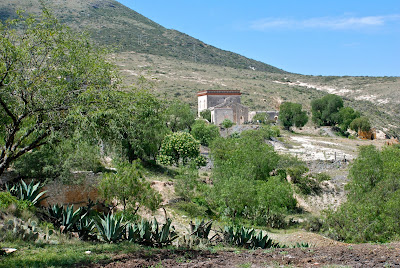 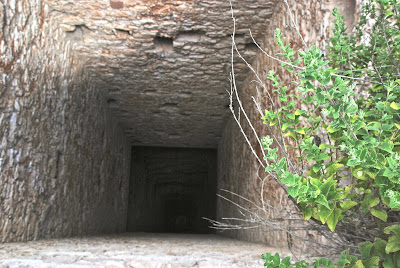 This shaft is veeeeerrrrrrrrryyy deep.  Ef dropped a stone and it took a long time to reach the water in the bottom of the shaft, echoing back up to us with an eerie splash. 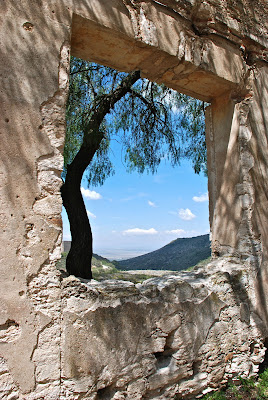 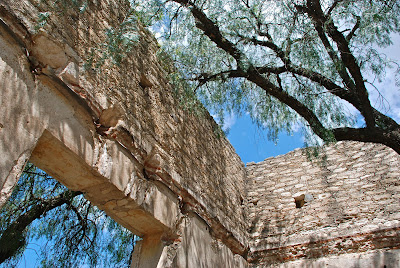 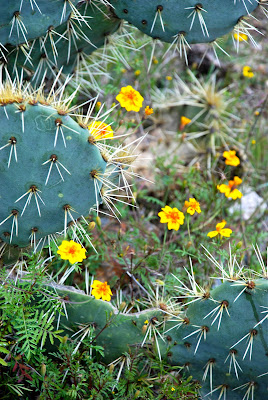 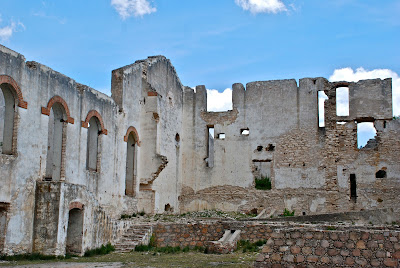 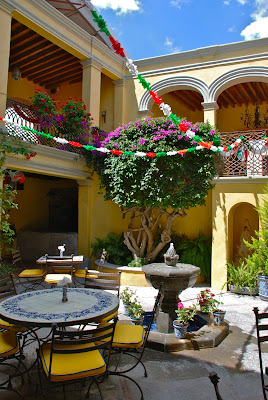 We had lunch at Posada de las Minas.  What a charming, pretty place!  They not only have a wonderful restaurant but lovely rooms to rent.  Mineral de Pozos is a very quiet little town, totally sleepy and deserted-looking in the middle of a hot day.  We were told that artists are moving in and beginning to work here as the rents are inexpensive and foreigners, mainly Americans and Canadians, are buying real estate in the area.

Pozos really does look like a movie set when you drive through the streets.....the camera fades to the swinging wooden doors of the only bar and the sudden crack of a single gun shot.... 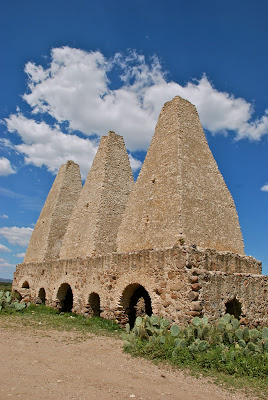 These are the chimneys of the smelter built by Jesuits in the 1600s.  You can see them from a long way off.  This is the area of the Sta. Brigida mine, which was mostly a mercury mine. 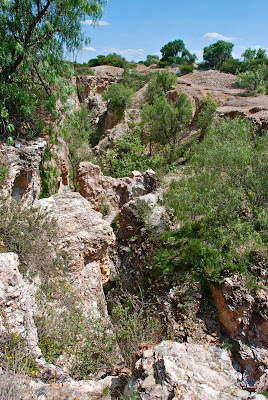 The mine collapsed at some point as this area flooded.  There are shafts that just open up at  your feet, unexpectedly, and it would not be my first choice for an area in which to hike! 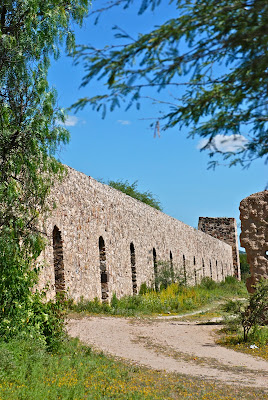 This structure pictured above is just part of an elaborate oven for smelting the ore.  Each of those openings was an opening into the throat, or chimney, of the oven.  You could control the blast of air rushing down the chimney by opening or closing those openings, according to the wind on a given day.  At least, that is my (admittedly superficial) understanding of the process. 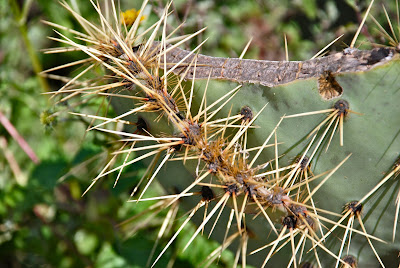 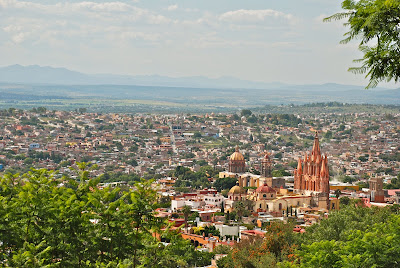 On our way back Efrain stopped for us to get photos of beautiful San Miguel de Allende, laid out at our feet.  La Parroquia looks like a giant cake to me.  I wonder if it ever snows here?  A dusting of snow on La Parroquia would look just like icing! 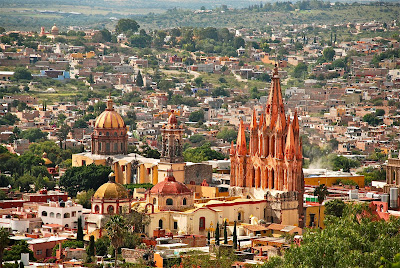