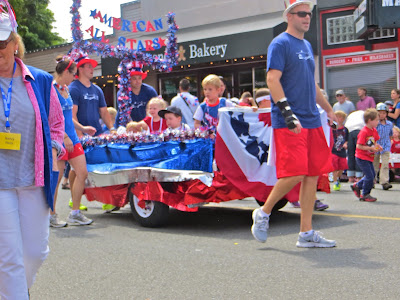 Since I have started painting my own patterns for the SEWN online class I am currently taking, I am finding I spot patterns everywhere.  During the 4th of July parade in my little town, I spied stripes and fields of stars (naturally), but there were other patterns, too. 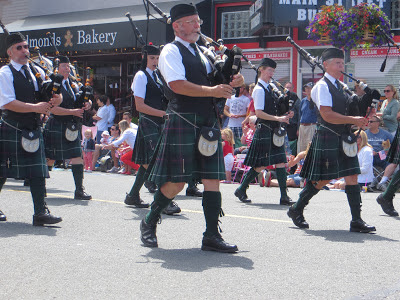 The tartan plaid of the Bagpipe and Drum corp that marched in the parade leaped out at me.  By the way, why is it that for any American parade worth it's salt, a bagpipe and drum band is a requirement? Our local 4th of July parade just wouldn't be the same with out this band. 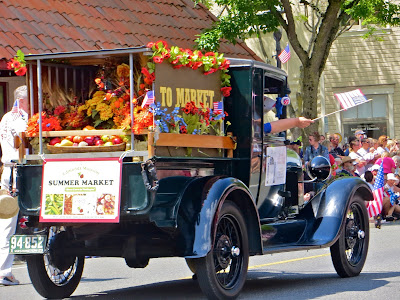 And then, too, you begin to notice patterns that aren't just visual.  There are the patterns, the components, that make up high summer in Edmonds (or any season, for that matter), and the Saturday Market is certainly one of the main summer seasonal components to me. 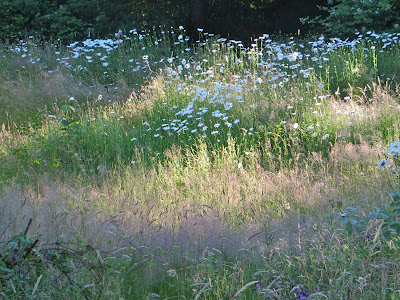 I went up to my cabin early on the 5th to do some heavy cleaning and maintenance.  I noticed the patterns of sunlight on the daisy meadow and the pattern of light and shade the big vane maple leaves make in the early morning with the sun streaming through them. 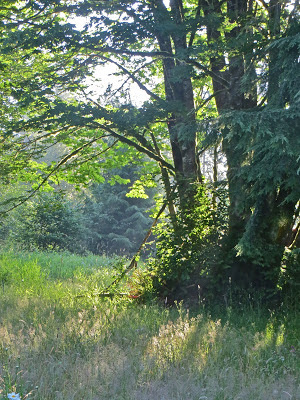 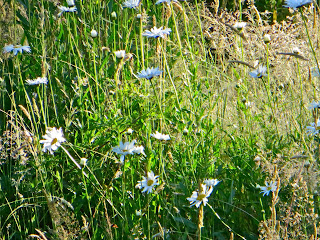 And here are some of the patterns I have been painting for Mary Ann's class.  I have had such a good time just sitting and randomly painting any old idea that comes into my mind.  I find I get more fun from of the complicated ones when I'm actually painting, but visually I rather like the more simple patterns.  Funny. 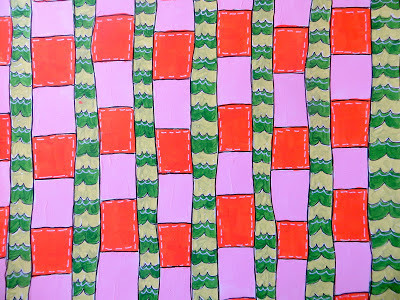 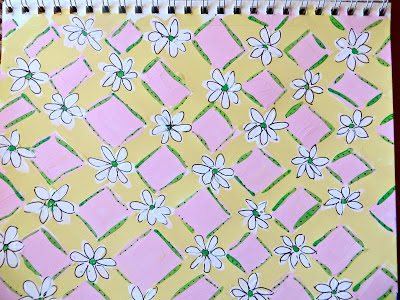 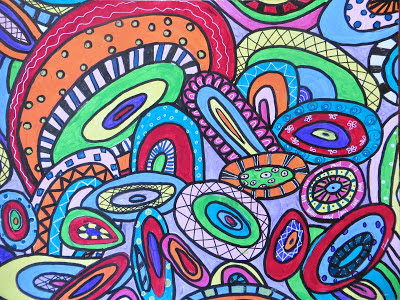 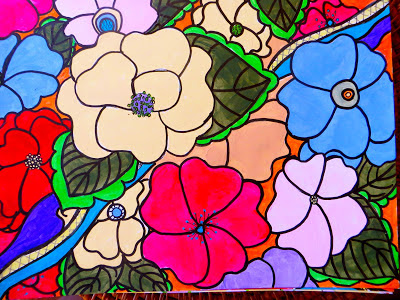 This mess below is the as yet unfinished feather pattern.  I have no idea where it's going, how it will turn out, and if I even like it.  It is, however, great fun to paint!  And that's really all I care about, the fun part.  I'll figure out the rest as I go along---as long as it's fun! 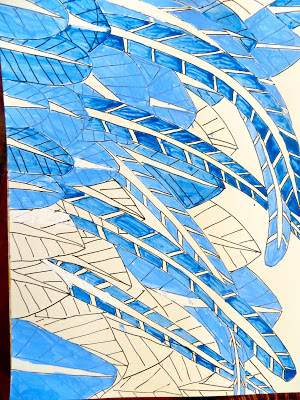 I too see patterns everywhere when honing in with my camera. There are so many patterns in nature and our built environment. Love your painted patterns especially the flowers.

Beautiful patterns! I really like the circles and the flowers; they are so bright and colorful!

Joyful and bright.....cabin you say?...ahhh, the perfect place for inspiration. Glad to "meet you".
Lisa from SEWN

Fun is what it's all about for me. That free form play is so...freeing. I really like your feather page a lot!

Wow! I am impressed with what you have accomplished. I have not even looked at SEWN yet. I love the movement in the feather one that you are still working on. See you Thursday.