Visit to a Maasai Village 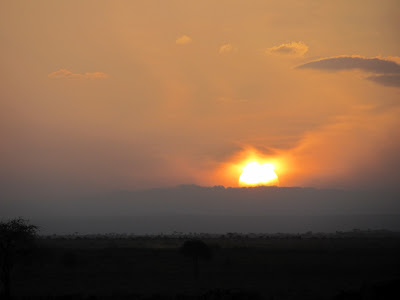 We got there early, in the Maasai Mara, to make a visit to a village.  This is one way the people there make a little money, money they spend on things like their own well for clean drinking water.  They have also built and staffed a school for their children. 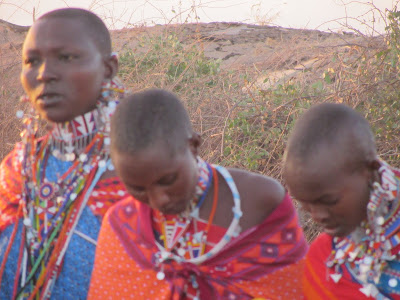 Many of the adults met us outside the brush "walls" of the village to sing us a welcome song.  It really was very moving. 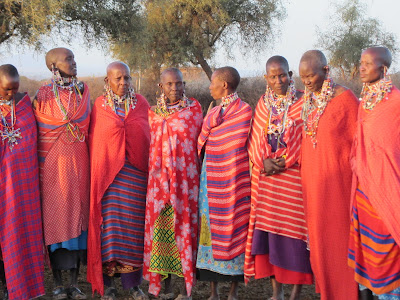 They are beautiful, these Maasai.  They dress in red, in many patterns, and they adorn themselves in beaded jewelry that the women make.  They are very talented and their jewelry is beautiful. 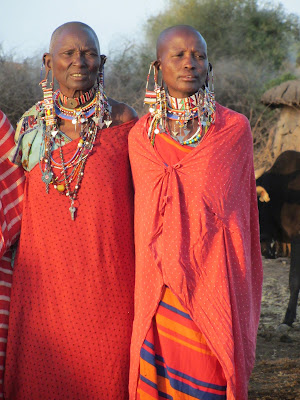 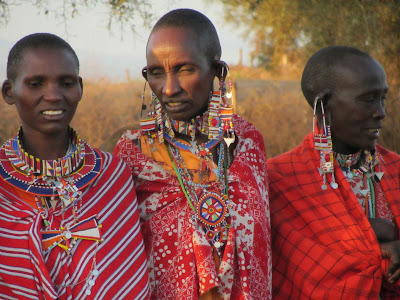 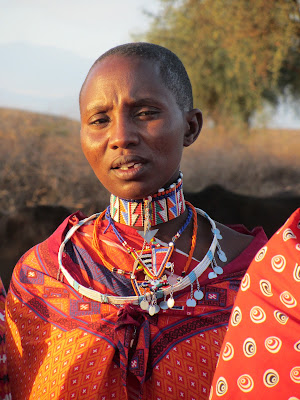 The white necklaces with the shiny bits dangling are, I believe, marriage necklaces---a Maasai wedding 'ring.' 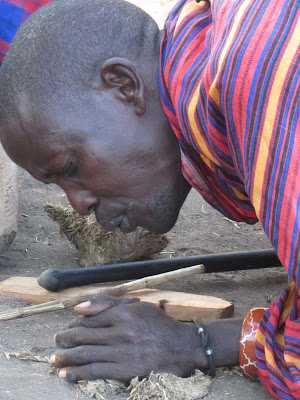 This gentleman showed us how he can start a fire by turning a stick from the top to the bottom, rotating the stick very quickly, to create a spark.  He caught the spark in some fluffy plant material and carefully blew on it to produce a flame.  From that point to a true fire was a matter of a few seconds (for him!).  I  have tried to start a fire that very same way, way back in my Girl Scouting days.  It can be done, but it takes a lot of work!  You  have to be patient and careful and it takes much moving of your hands down the rotating stick, over and over, to get that spark.  This man made it look like child's play, which it was to him.  I remember how hard it was, how long it took me and I was impressed.  He liked that. 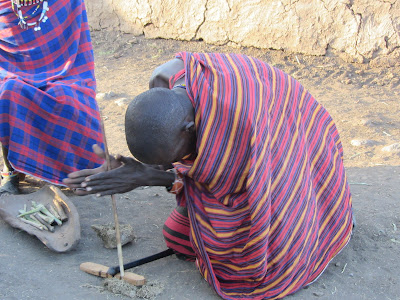 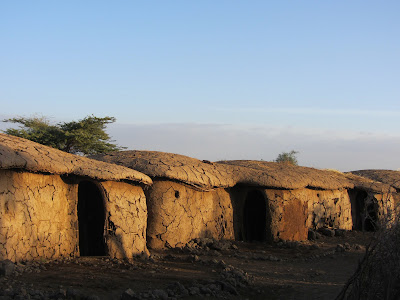 These are the homes of the villagers.  They are very dark inside, with a small hearth.  I don't think the villagers spend much time inside, except to cook and sleep, but the house I visited was very tidy and organized but extremely small.  I realize that Americans live in huge houses, for the most part, by the standards of most of the rest of the world, but these homes were truly tiny and it was hard to imagine how a whole family could sleep inside. 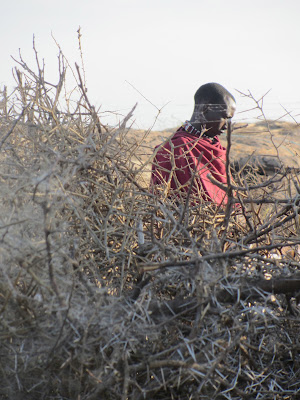 At night, the Maasai herd their cattle inside the brush walls of the village, to protect them from predators.  The thorn bushes used are very spiky and sharp, and quite high, but occasionally a lion will leap the wall to attack the cattle inside. 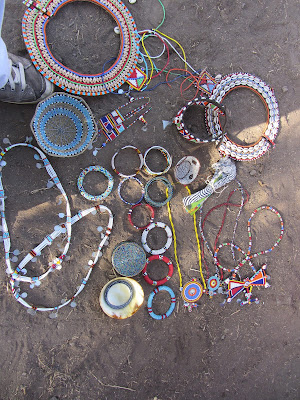 Here is a sampling of the amazing beaded jewelry and one small dish that was for sale in the village. That's another way each family makes some much needed cash.  I love their beaded work so much! 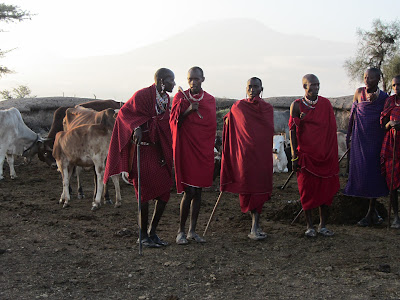 The Maasai count cattle as their wealth.  They believe that all the cattle in the world belong to them.  I'm not quite sure how this works, there being cattle almost everywhere, but that is their belief. 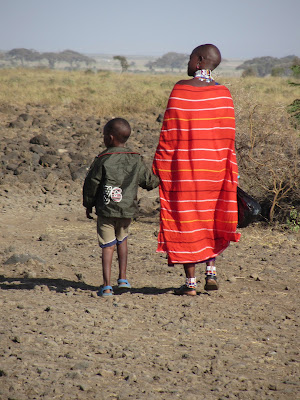 A very colourful post. Their robes and dresses are lovely and as you say their bead work is very artistic. It is hard to believe the difference in living standards compared with us.

oh the colors. so beautiful.