Elephants and a Tale of Billy the Bully 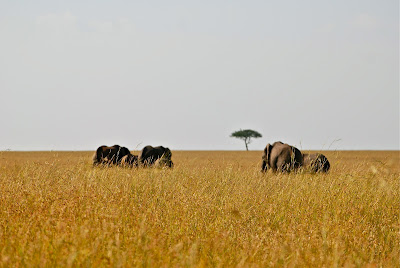 Everywhere we went in the Kenya and Tanzania reserves and parks we were lucky enough to see elephants.  We saw single males off by themselves and we saw big groups of females with their offspring. 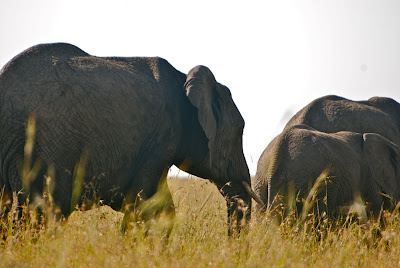 An elephant in the wild is truly magnificent.  They are graceful, surprisingly so, and quiet.  They can be very expressive.  By watching an elephant's ears you can judge their mood.  (Reminded me of how I could always tell my cat's mood by his ears....same thing with elephants, especially if you are an experienced elephant observer.) 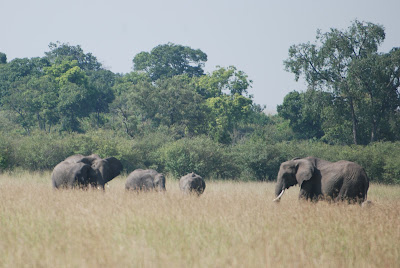 Many elephant herds move back and forth long distances each day.  In the Ngorongoro the herds of females and young would spend the day down in the crater, near the watering holes and the long, tasty grass and then return to the hillsides in the evenings.  Back and forth, each day. 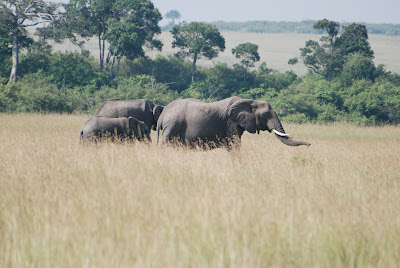 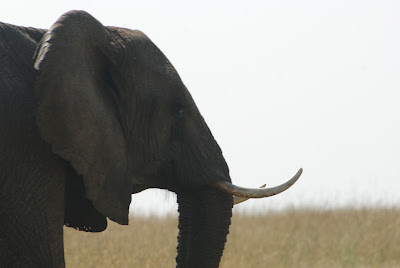 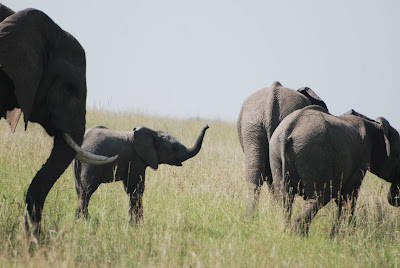 The female elephants will often put themselves between a safari vehicle and their young, protecting them from the interlopers.  This is the same behavior they use with any threat, real or perceived, to their babies. 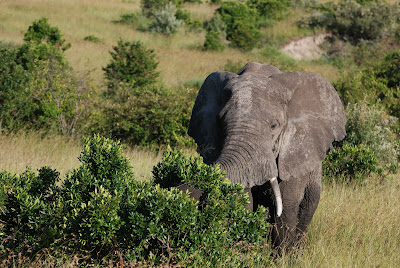 And this brings us to the tale of Billy the Bully, a young male elephant who adores playing, bullying and beating up his long-suffering older sister...... 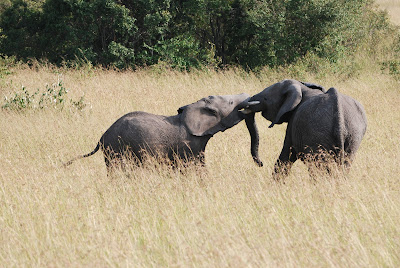 Billy was first spotted as he chased this older juvenile female into and out of a stand of shrubs.  Crashing and running, they "galloped" around and around, in and out of the shrubs.  Billy was always the aggressor. 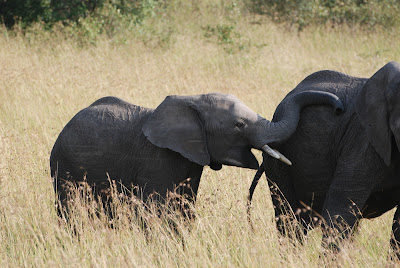 When he caught up to his sister, he'd poke her in the back end with his tusks and head butt her bottom. 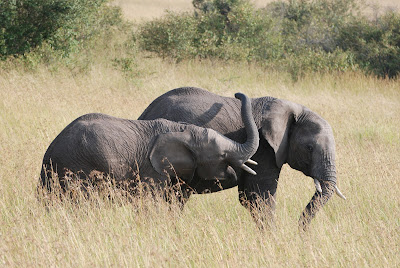 Then he would smack her repeatedly with is truck.  He'd smack her side and then smack her ears.    She would be making an effort to avoid him, but she never turned on him or used her larger size to put an end to this bullying behavior. 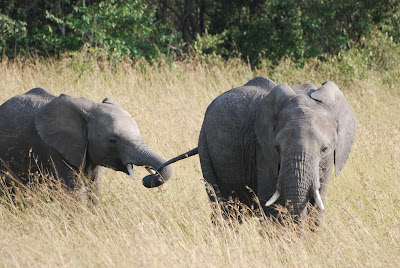 Billy finally ended up just pulling her tail.  Our driver was trying to tell us that he was just holding onto her tail to "follow" along, but he was truly pulling on it.  It was just another way to be a bully!

He was really good at being the obnoxious little brother.
Posted by Michele R. Unger at 5:56 PM

It must have been exciting watching this behaviour. I love the lonely tree in the first photo. I see the only continent without a red colour is Australia in your map at the bottom of the page. When are you going to fix that???