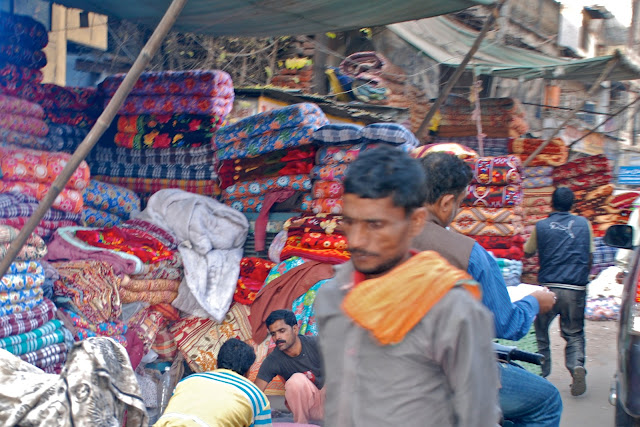 After our bicycle rickshaw ride through Chandni Chowk and the myriad of things for sale there (those are quilts and futon-y mattress-y cushions in the background), we continued on to the Jama Masjid Mosque, which was commissioned by Shah Jahan in 1650 AD.  Shah Jahan is the Mughal Emperor who had the Taj Mahal built for his beloved Mumtaz Mahal.  It is a pretty place and is quite reminiscent of the Taj Mahal.

Because tourists have been visiting this Mosque in inappropriate clothing, all the Western women visitors are required to wear these colorful robes to ensure they are decently attired.  It made me sad to think tourists would visit a Mosque in scanty attire, but I guess it shouldn't.  Still, really!  Would we go to church in short shorts and halter tops?  I hope not. 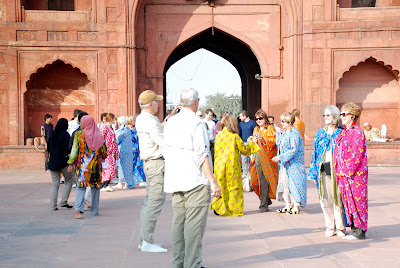 The architecture of the Jama Masjid is beautiful. 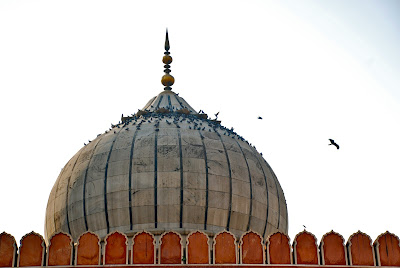 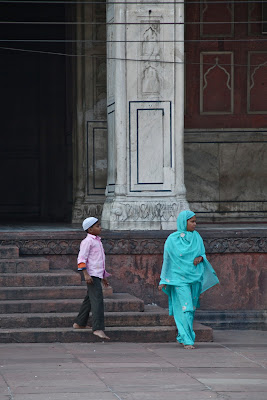 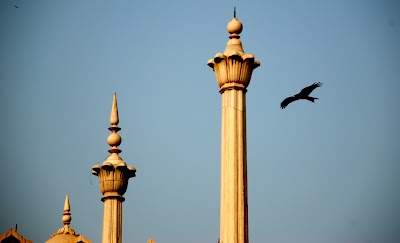 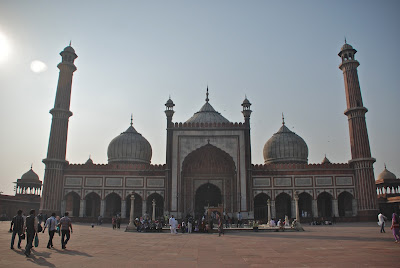 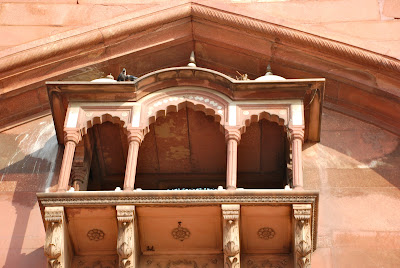 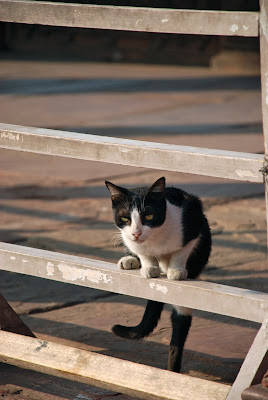 This pretty kitty and I came to a meeting of the minds....I scratched her head and she didn't mind....

We went to the Gandhi Memorial next.  This is a place I really wanted to see as Mahatma Gandhi has long been a hero of mine.  It is a simple place, in keeping with the Babu-ji's philosophy of living simply and teaching by example.  It is located in a beautiful, quiet green park on the banks of the Yamuna River.  I found it to be very moving. 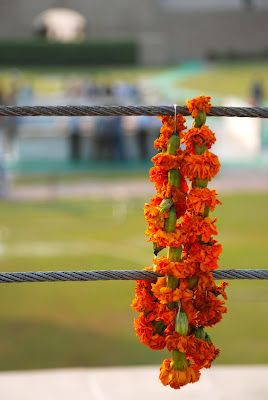 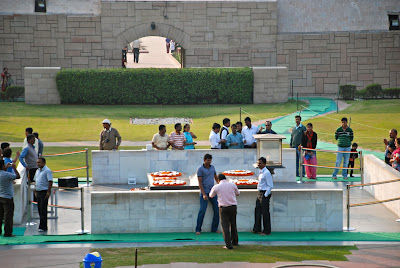 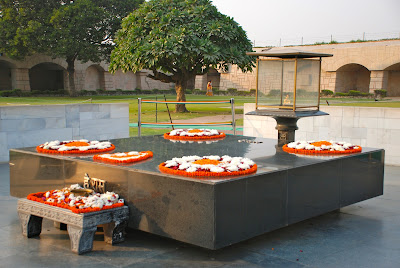 Gandhi was cremated at this place. 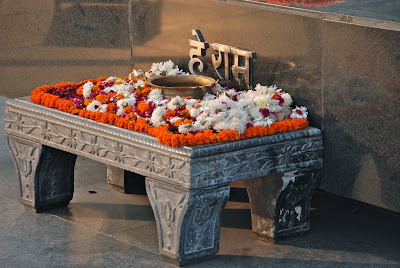 The Mahatma's last words are inscribed: "Oh, my God." 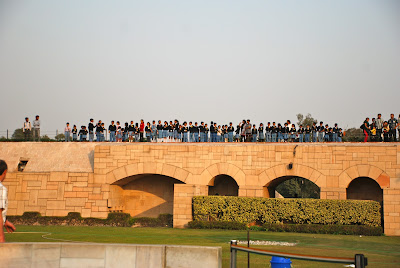 I was amazed by the number of school children who were there on an outing.  They were very quiet and respectful and even with so many of them there, they did not disrupt the quiet and contemplative mood of the Memorial.

Our last stop on our very busy first day was at Bangla Sahib, a Sikh Temple.  I learned that people of all walks of life and any religion can eat at a Sikh Gurdwara in the kitchen.  The food is prepared by cooks and volunteers.  Many volunteers are there, some cleaning and sweeping, some minding shoes.  (You do not wear shoes inside the Gurdwara complex, and both men and women must cover their hair.)  While we were there three priests singing and playing drums.  It was a lovely sound and made all there was to see seem more, somehow.

The symbol of a Sikh Temple (Gurdwara) is a very tall pole, wrapped in orange fabric, with a shield shape topping it off.  The shield shape is a form of weapon.  In times passed, the Sikh's were persecuted and so they became fierce to protect themselves.  They wore three weapons hidden in their turbans.  The men never cut their hair or shave their beards, but tie up the hair in turbans and the beards in nets, and they wear a steel bangle on their right wrists.  This is to remind them always to do good.

Sikhism is an off-shoot of Hinduism. 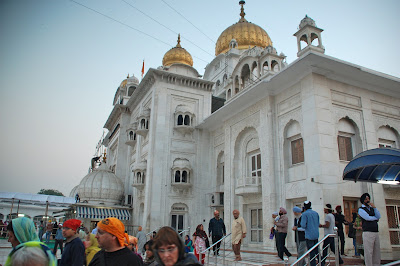 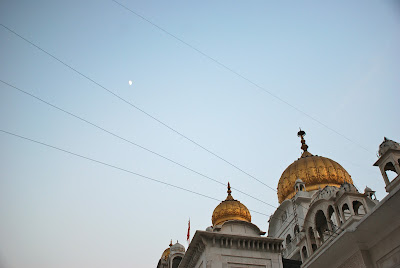 The pool is beautiful, especially in the very late afternoon with the lights begin to come on, and the water is considered sacred to the Sikhs. 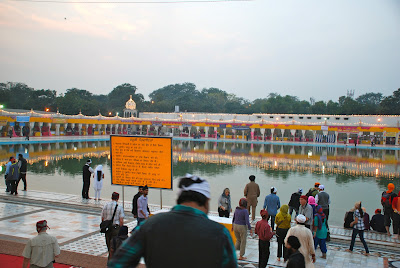 Beautiful photos Shelley. I'm reading "Behind the Beautiful Forevers" by Katherine Boo which takes place in Mumbai so I'm feeling very close to India right now. Loving your story, living vicariously. Thank you so much; I know how long it takes to organize and post this. xo

I agree with Judy. Thanks for taking the time to organise photos and post them for us to enjoy. And yes I am enjoying my virtual tour of India.