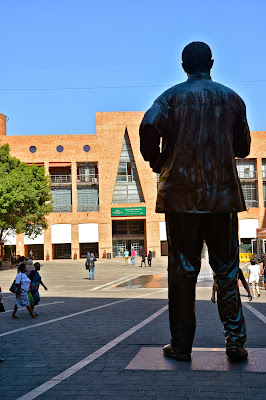 My latest African adventure started with two very short days in Johannesburg, South Africa.  We stayed at a hotel right on Nelson Mandela Square.  This imposing, 70 foot high statue of Mr Mandela dwarfs the square.  There are lots and lots of shops and restaurants all along the square and a large shopping mall is attached.  It was a busy, busy place with lots of locals shopping, not just tourists.  I had a great meal at one of the little places with outside dining and enjoyed the balmy, sleeveless shirt weather.  South Africa was enjoying spring and I had just come from autumn.  It shakes me up to change seasons like that.

We took a tour of Soweto one day while in the Johannesburg area and saw Desmond Tutu's house, above, which is just down the street from the home Nelson Mandela returned to after being released from prison after 27 years.

There is a plaque on the wall at the Mandela house that brought tears to my eyes.  It reads:


"'That night, I returned with Winnie to No. 8115 in Orlando West.  It was only then that I knew in my heart that I had left prison.  For me, No. 8115 was the centrepoint of my world, the place marked with an X in my mental geography.'

'Nelson Mandela, Long Walk to Freedom, on his return to 8115 Orlando West after his release from 27 years of imprisonment on 11 February 1990. '"

We all crave home, that intangible place where our hearts live, where the warmth of family and love surround us.  I can not imagine being kept from my home, not for 27 minutes let alone 27 years.  How did he endure imprisonment for so long and come out the other side with compassion and understanding?  How did he become the man who united South Africa?

It was very moving to see that tiny house, that so very tiny little house, that was the center of his heart for so long.
From Johannesburg we traveled to Victoria Falls, truly one of the wonders of the world!  We were there during the time of the lowest volume of water flowing over the falls.  I can't imagine what it must be like at full flood during the rains.  It is LOUD.  The mist is ever present.  Did I mention it's LOUD?
The local name for the falls is Mosi-Oa-Tunya which translates to The Smoke that Thunders.  Such a perfect name for this geologic wonder.

Did I mention how LOUD the falls are? 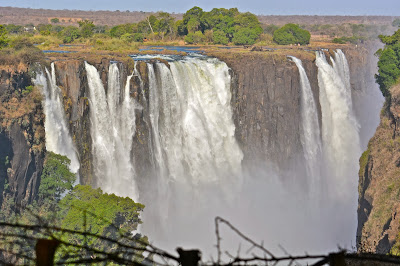 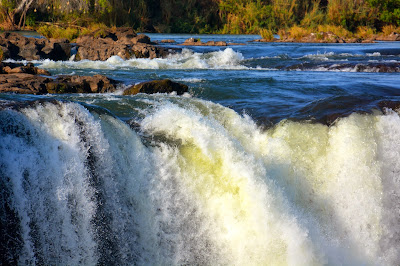 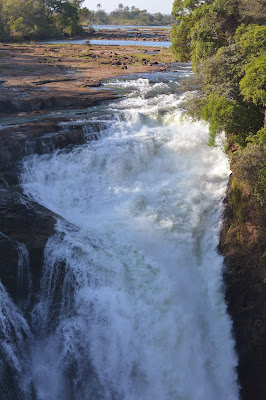 We took a helicopter ride on morning to view the Falls from the air.  It was rather a pricey trip but worth every penny.  When you are standing across the gorge, admiring the Falls, you don't really realize how narrow the gorge is.  Niagara Falls is large and beautiful, but the water there does not fall down into a gorge, but rather is out in the open.  Victoria Falls falls into what looks like a slit in the earth from the air.  It surprised me to see that very narrow gorge. 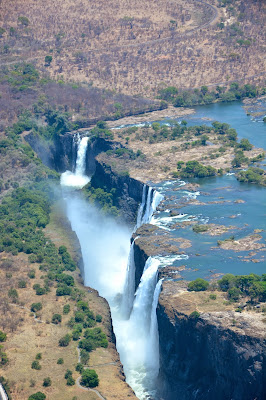 Victoria Falls is categorized as the largest waterfall in the world based on its width, over a mile, and height of 354 feet.  It truly is a marvel of nature! 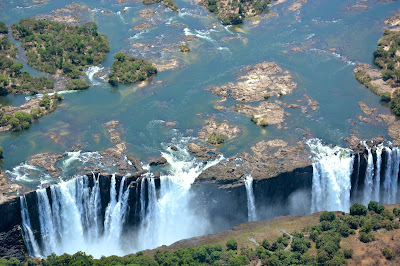 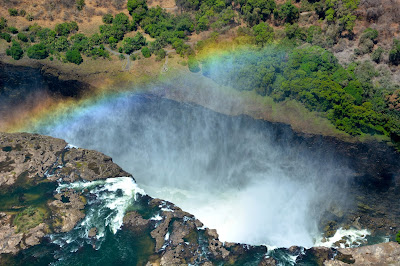 While we were in the air, the helicopter pilot took us over the Zambian  Mosi-Oa-Tunya National Park (Victoria Falls is on the border of Zambia and Zimbabwe) where we saw this herd of elephants standing in the shade of a tree to get out of the noon day sun. 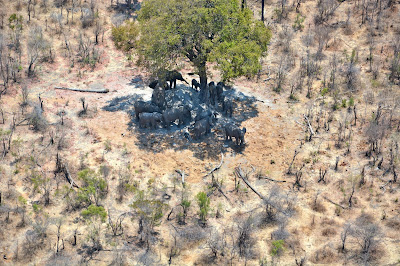 I noticed that from the air, if you sort of squint your eyes, the land rather resembles the hide of a giraffe.  The reddish soil and the darker spots (the trees and shrubs, just barely beginning to show signs of leafing out in the early spring weather) create a pattern similar to that of the local giraffes. 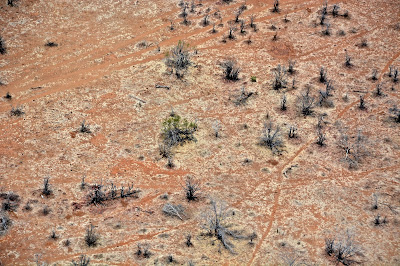 And you would be amazed at how easily the giraffes blend into the underbrush and disappear from view in the landscape.  It amazes me that a creature so tall can become so invisible so quickly. 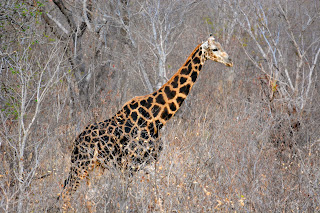 As we flew over the Zambezi River we could pick out the hippos, clustered together under the water, keeping cool in the heat of the day.  They emerge at dusk and then spend their nights grazing before heading back to the cool of the river after dawn. 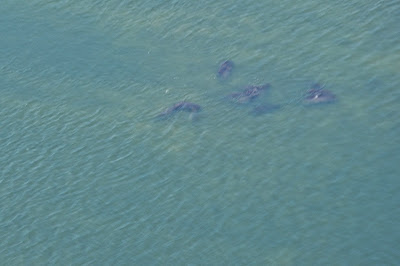 oh i love catching up with you in blog land. the quote of nelson mandella about his home is especially poignant. i will copy it into my journal.
love your travels. xo

Wow what an interesting trip. You will be able to imagine the scene at the Mandela house now that he is gone.