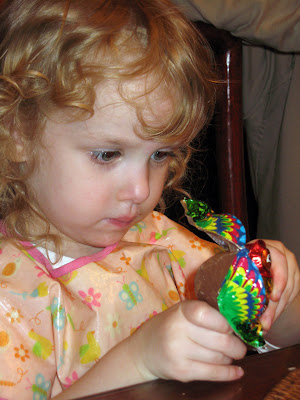 We had our Thanksgiving early this year. My daughter Jen came up from San Francisco for a weekend visit on November 15th. We celebrated my husband's birthday (he is now officially a whole year older than I---which will last until March and I plan to enjoy those few months of being the younger wife!), Jen's visit and an early Thanksgiving last Saturday. It was a fine day.
I did the traditional turkey with all the trimmings and my mother-in-law Eunice, sister-in-law Nonie, movie date night buddy Rune and Don and family all came to help us celebrate and eat. I think my very favorite moment was when everyone had a plate full and all conversation ceased and they all began to eat. For a cook, that total silence while the guest first s 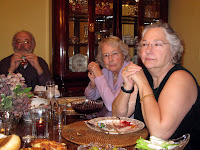 tart tasting your food is the highest of praise. I must say, the turkey was stunning! Brown, crisp, juicy and full of yummy stuffing. It was a fine meal and the company was divine.

Emma provided the comic relief. She had butter and a chocolate turkey for dinner. She claimed to be eating a roll, but mostly she was just shredding it into ever smaller crumbs while announcing to the table, "I need more butter." So, the doting gramma would put a bit more butter on her plate and Emma would deposit it on her knife (while holding onto a crumb of roll), then put the knife in her mouth, slurp off the butter 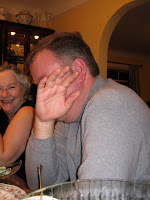 and then announce to the table, "I need more butter." This was repeated often. She was also quite concerned with who was still eating as she had been firmly informed that no chocolate turkeys would be consumed by anyone until every single one of us was completely done eating....

Finally, the chocolate turkey consuming portion of the meal arrived and Emma was allowed to "open" her turkey. It was good, as you can see from the above photo, but she was a much neater eater this year, disappointing her family tremendously. Last year she was chocolate from forehead to toes. Ah, well, I guess we should count this as wonderful progress in civilizing the child, but I rather miss the messy little face with the huge blue eyes filled with the joy that only a mouthful of chocolate can elicit. They grow up so fast! 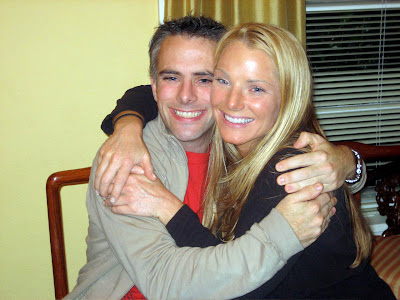 Mom, it was a wonderful Thanksgiving. I enjoyed every minute of it, and the chuckle the next morning when we admired the layer of butter on the table where Emma had been sitting.

Jen, I am counting down the days until we meet in Sunny San Diego. How weird it will be to have palm trees for Christmas---my first ever outside of Washington State!