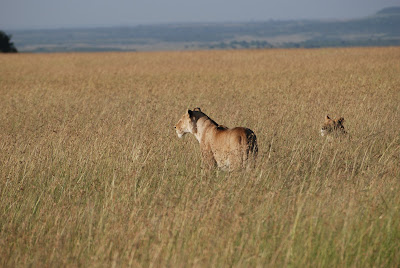 I have had nothing but trouble trying to organize my photos from my spectacularly wonderful African safari.  I won't bore you with my technical issues, but my frustration has reached epic proportions.  I've decided to just give myself a break and instead of giving you the park by park tour that I had planned on posting, I'm just going to do this by themes (or animals) and not worry about chronological order and being precise on location.  Sorry if this frustrates you!  I do understand.  But expedience won out.

If I hadn't changed my plan, it might have been weeks more before I got around to posting anything about Africa! 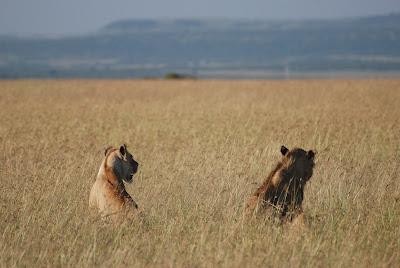 These lionesses were napping in the tall grass late in the afternoon.  There were about 8 or 9 of them scattered around, mostly totally hidden.  These lions are having their annual hard time of it as the grass is tall, the wildebeest is much father south and the hunting poor.  Antelope and impala prefer shorter grass (where the lions show up clearly!) for grazing, so when the grass is tall because the wildebeest and zebras are elsewhere, the antelope mostly disappear.  Lions go hungry.

What prompted these lazy lions to pop up from their naps was the sound of a land cruiser.  A very specific land cruiser....one that belonged to the local park rangers.  The rangers have been feeding the lions occasionally to help them get through these lean months.  When the lions ascertained that the rangers were not bringing them dinner, they all, one by one, plopped back down into the grass---and became invisible again.  It was eerie to look out over this seemingly empty expanse of grass knowing that 8 or 9 lionesses were just out there.  Right over there.....unseen.

Of course, who knows what else was hidden in the grass??? 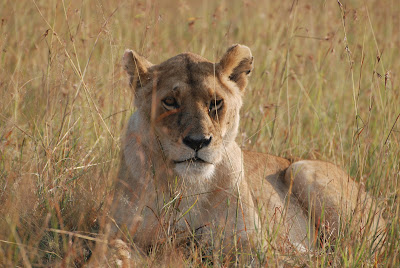 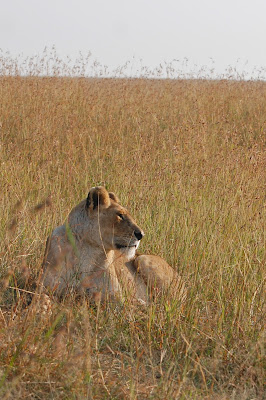 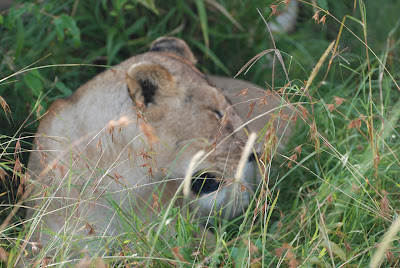 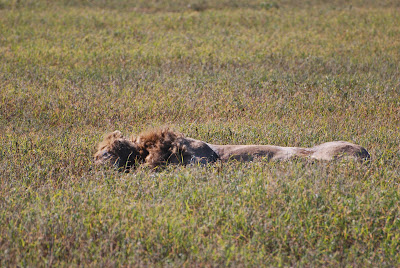 This very lazy lion was totally bored by all the safari vehicles that were crowding the road just a few yards from him napping place.  The lions just ignore the safari vehicles.  I don't know what they think they are---some kind of lumbering, smelly and noisy "animal" that is not edible, perhaps?---but obviously safari vehicles are not interesting in the least. 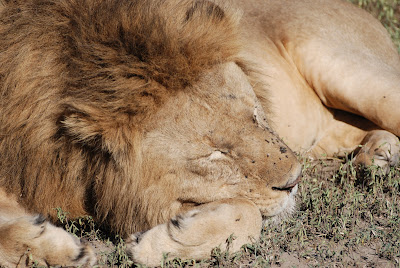 This fellow had been sleeping in the shade of a safari vehicle in the middle of the road.  Finally the vehicle moved off, the lion found himself back in the bright sun, so he slowly rose, walked a few yards and collapsed back into a sleepy heap in the grass.  There must have been 10 to 12 vehicles right there, all stuffed with camera toting tourists.  He probably had 500 plus photos of his slumbering form taken in a five minute period! 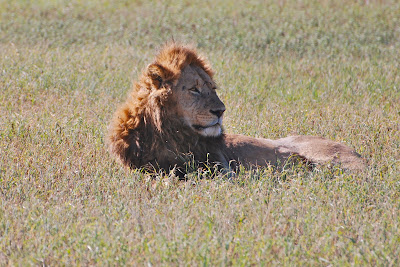 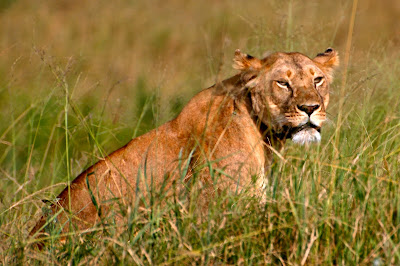 This pride of hungry ladies had pulled down a young zebra and had devoured most of it before we arrived to watch the very end of the feasting.  You can see how very thin they are.  There were no males in this group at all, nor none nearby. 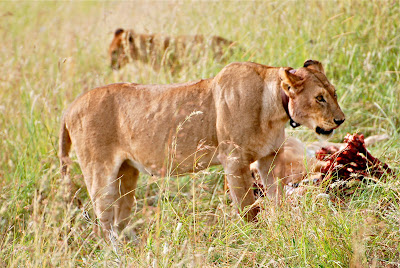 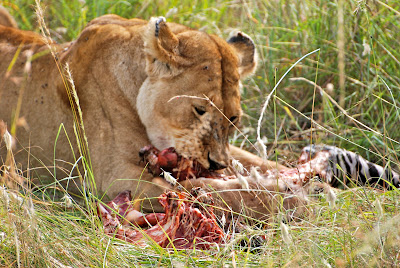 This little cub, maybe three months old or so, was having a nap in the heat of the day in a stand of trees.  There were three cubs there, one who was happily licking his feet (but behind a tree trunk where I couldn't get a decent shot) and one adult lioness.  She was, I gather, the baby sitter. 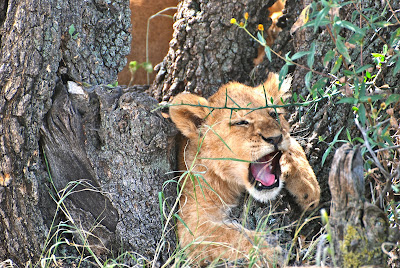 Sorry to hear you are still having a frustrating time with your photos. technology can be so annoying at times.The lion shots are great but I was surprised to see how lazy they were. (You spoiled it by telling about all the tourist vehicles. From the photos I can imagine you with pith helmet and camera stalking the wild beasts on your own.)