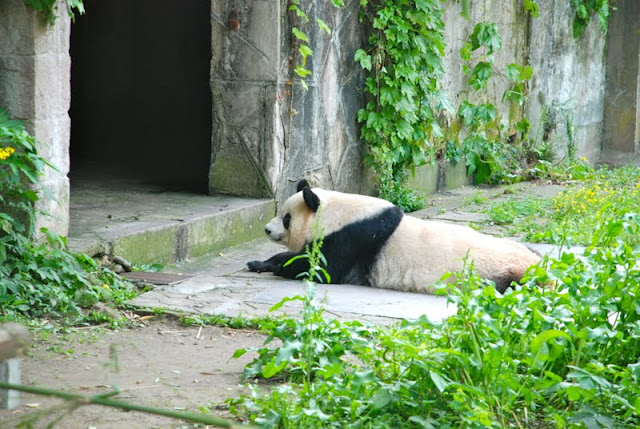 We arrived in Chongqing with time to spare before we left on our three night Yangtze River cruise.  We spend several hours in the late afternoon at the zoo, after visiting the Stilwell Museum.  General Stilwell was the head of the Burma, India, China Theater during WWII and had his headquarters in Chongqing.  He was known as "Vinegar Joe." 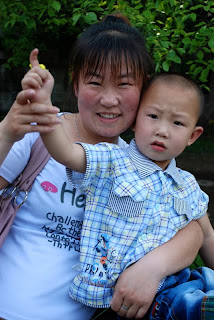 This lovely young mother was happy to show off her little son.  The boy really seemed to enjoy the pandas and I was enjoying watching the mother and her child.  As so many of the Chinese I met on this trip, they were both outgoing and extremely friendly.

It was feeding time at the zoo (!!really!!) and the pandas were happily lounging about on their raised platforms, stuffing themselves with bamboo. 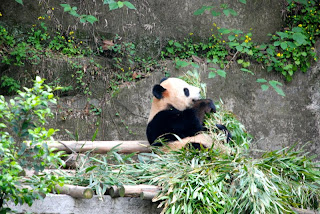 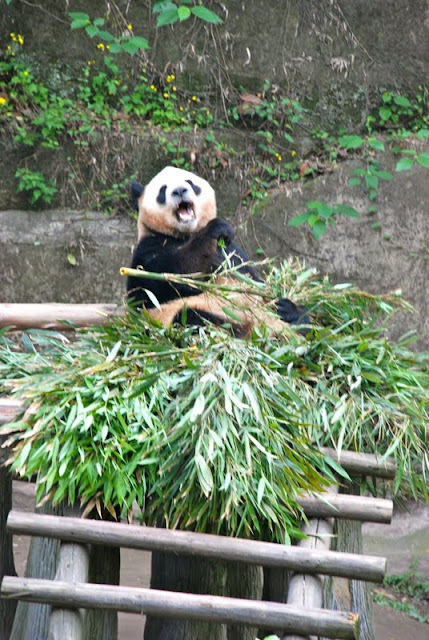 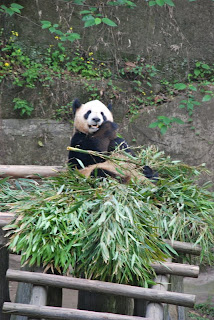 I hadn't realized just how large a panda really is.  They aren't little and cute, but large and interesting. 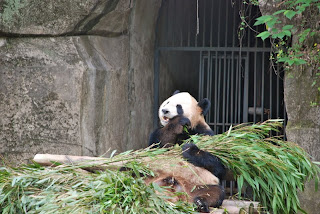 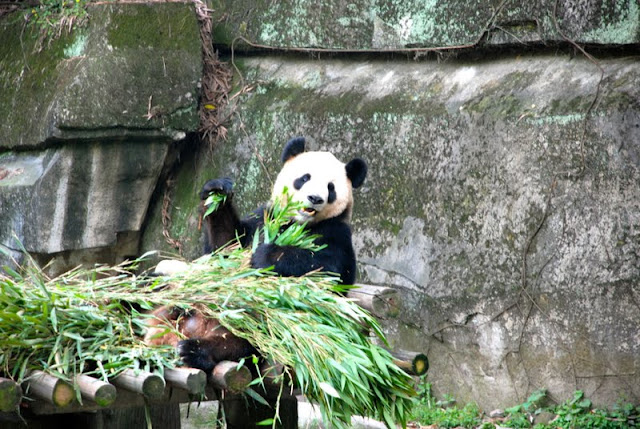 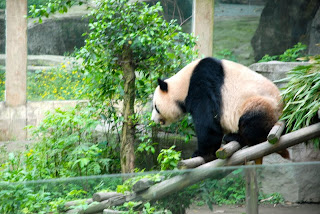 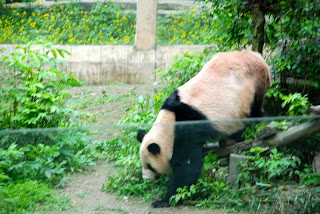 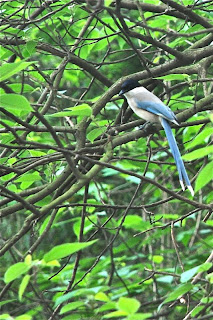 The zoo was a large park, full of shady trees, lots of birds and many happy families.  I enjoyed it a lot, even though I am not much of a zoo person. 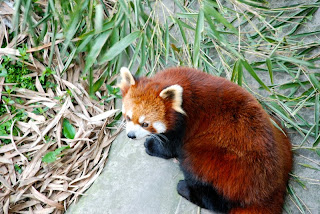 We also saw red pandas, which aren't pandas at all but their own species of arboreal mammals.  Like pandas they eat a lot of bamboo, but unlike the true panda, they also eat eggs and birds among other things.  They do look rather like a raccoon, but they are not in the same family. 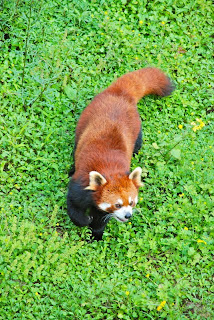 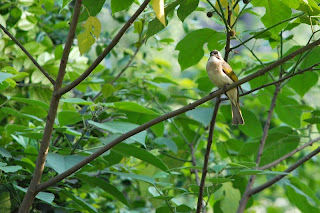 The zoo was full of birds, none of which I know the names of, but they were lovely and the birdsong was beautiful in the quiet, late-afternoon air.

Linda@ Lime in the Coconut said...

OMG...you could hug 'em...but kinda get the feeling they are SO not into that. Hee. Gorgeous pics!!

I'll say it again, cause i'm little that way....JEALOUS!