July 20, 2011 update:  There is more specific information on this whale at the WDCS blog. 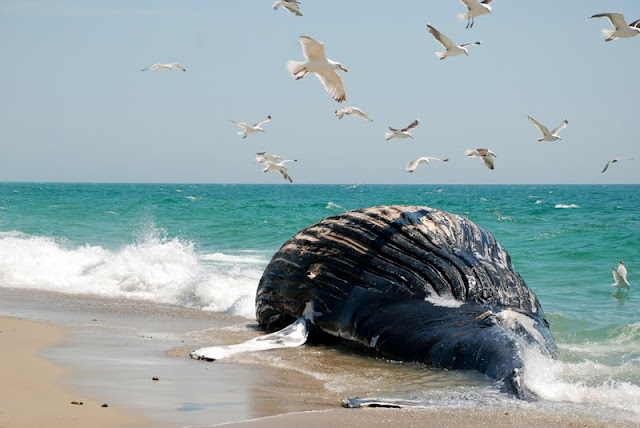 The big news on Nantucket this weekend is that a humpback whale washed up on Smith's Point. 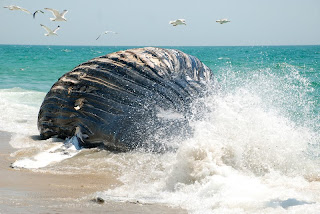 Lowie, my friend Bee's husband, saw it yesterday from the air when he flew to Hyannis to run an errand. 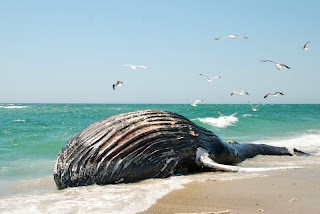 The whale is on it's back, so the view you  have is of it's underside.

Just a few feet away is a big chuck of baleen.  I've never seen a piece of baleen this large before.  I remember buying a little piece in Alaska for a friend and it was (as they would say here in Massachusetts) "wicked pricey."  I can't imagine what a chunk like this would go for on the retail market. 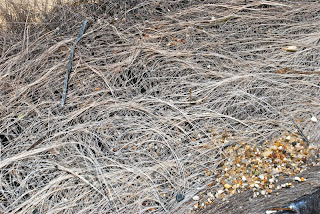 This close-up of the fiber that makes up baleen will give you an idea of how it's used for filter feeding.  (The krill and caught in the fibers and the water passes through.) 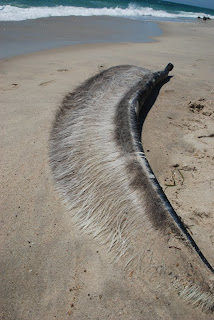 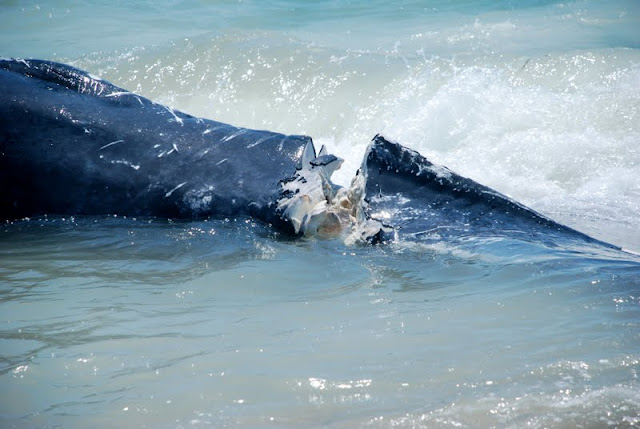 Great white sharks have been feeding on the whale while it is afloat.  (No, no Jaws sightings this afternoon on the beach.....thank God!)  I wonder if the missing hunk near the tail was the work of a shark. 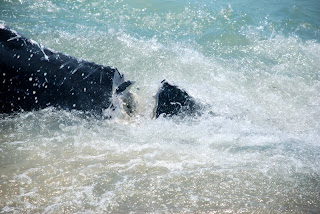 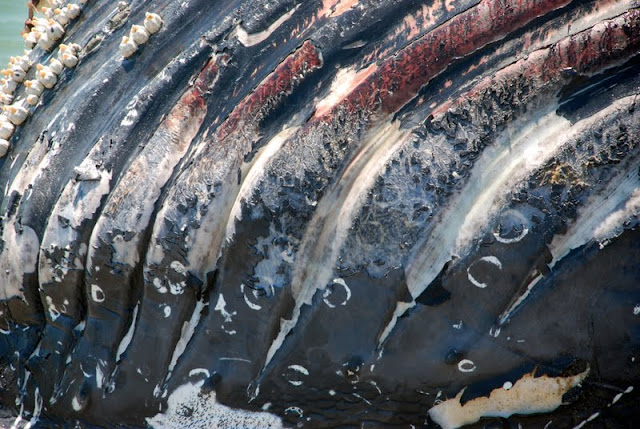 Here's a close-up of the underside.  Isn't it interesting? 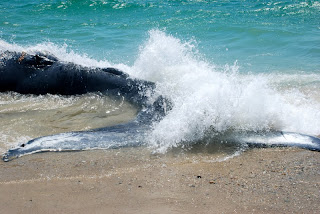 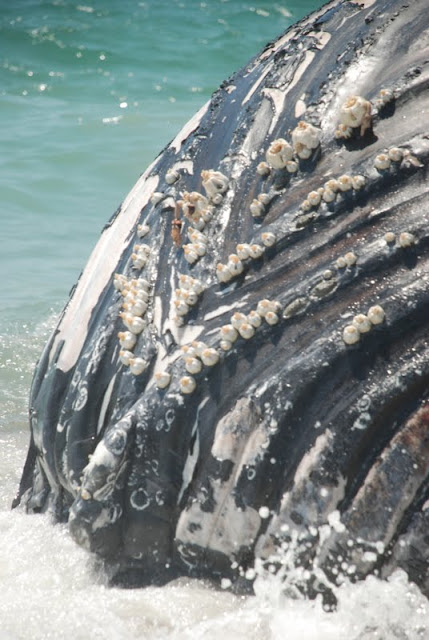 There are some seriously large barnacles attached to this whale's carcass. 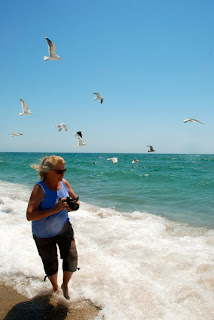 Bee and I had a grand time getting a million shots of the seagulls.  The wind was blowing strongly and the gulls, of course, were there to scavenge.  They were much more interested in the possibility of a free meal than in the humans pointing cameras at them.  We were able to get pretty close and had time to get our shots in focus. 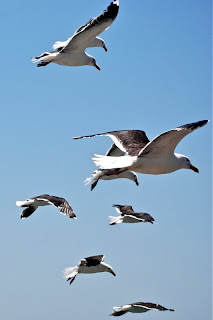 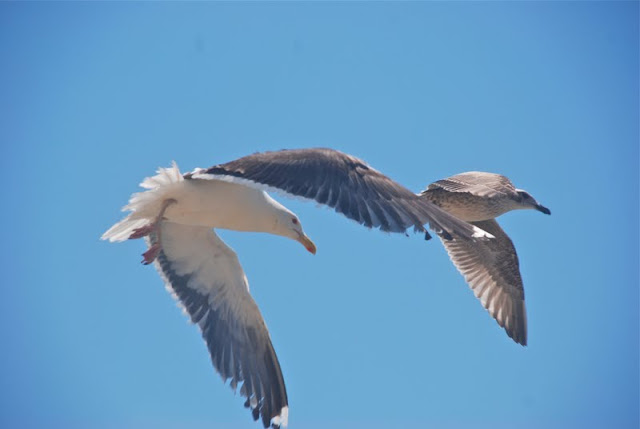 found this whale sighting fascinating, but smelly....I enjoyed it much more when I was up wind!
Posted by Michele R. Unger at 5:21 PM

I know you are having a great time!!!