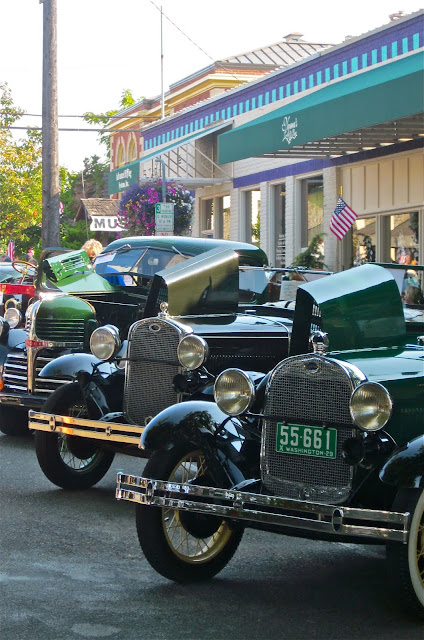 Downtown Edmonds was transformed yesterday.  Streets in the CBD were blocked off and a huge collection of antique and vintage cars replaced the usual vehicles you would see parked.  There were Model Ts and old Volkswagon Beetles, Chevy two-tones that were the rage when I was a girl and little red (or black) sports cars that looked sleek and fast. 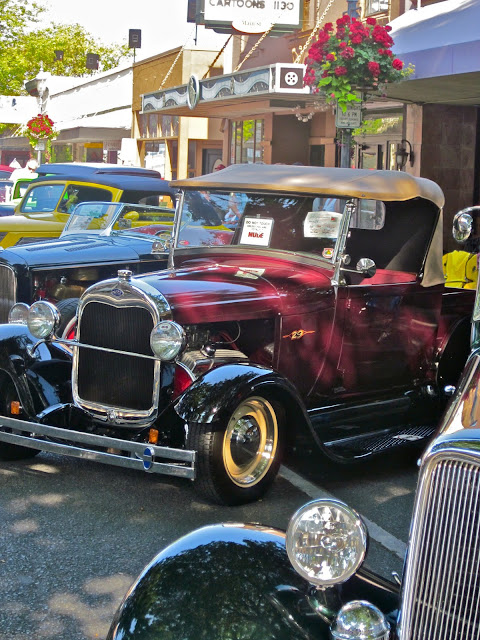 Some of them looked like you should expect a gang of nattily suited bank robbers to pile out of them, machine guns in hand and snappy-brimmed fedoras firmly set onto heads, hair parted in the middle and slicked down with Brylcreem.  Or have I seen too many bad movies? 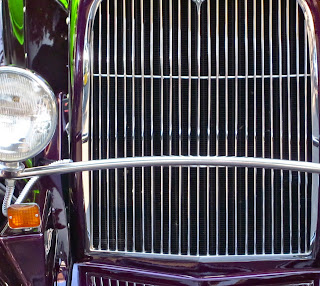 The grills were chromed..... 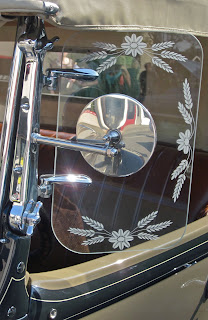 ....and wing window glass was etched. 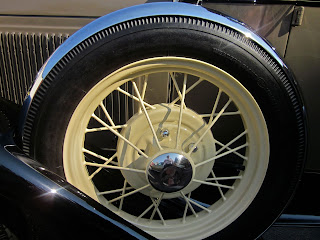 The wheels had spokes and were painted. 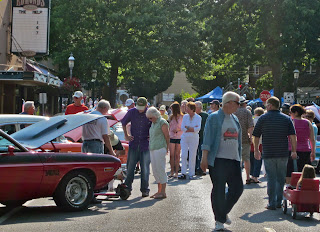 There were a lot of men my age walking around, some with families in tow, others in "packs" of two or three.  The common denominator was a steaming cup of coffee in many hands, it being fairly early on a
Sunday morning. 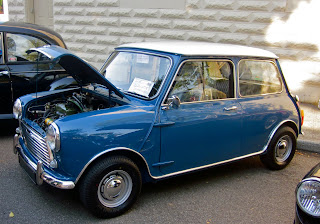 My particular favorites, for this year at least, were the Morris cars.  The Minis and the panel trucks and the sedans.  I do love a Morris! 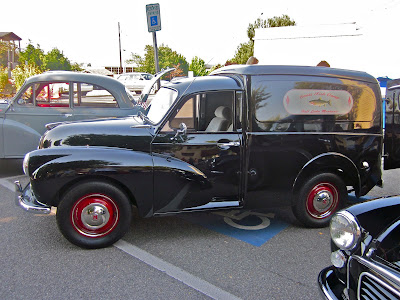 This sleek black panel came all the way from Montana, where it is a resort vehicle. 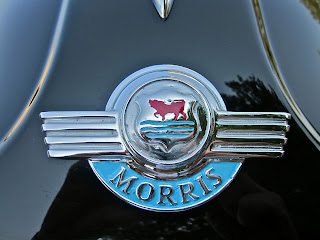 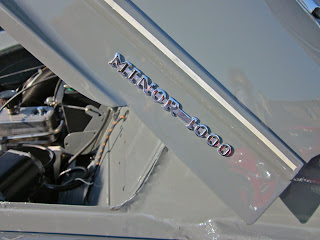 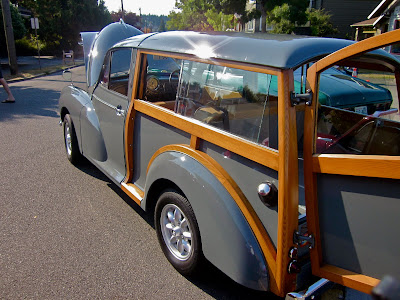 This wagon with all the beautiful wood was a big hit with the crowds.  One little boy kept asking his Grandpa if they could get one, too?  I think Grandpa would have liked that, himself. 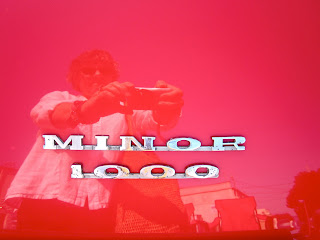 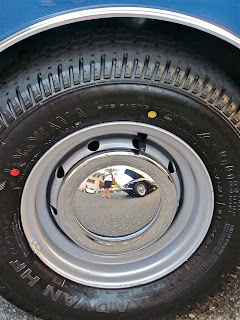 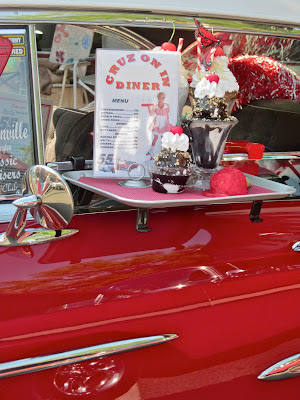 This Chevy was set up for a meal at the drive-in.  I can think of only one local place that still brings your take-out meal to your car on a tray.  I took my granddaughter there once and she thought it was "weird."
I used to think it was "cool."  Times change. 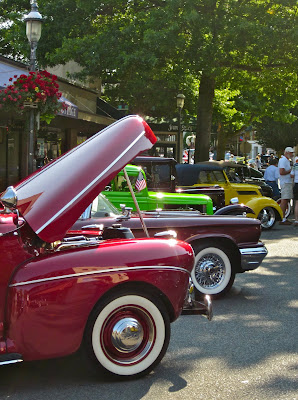 I don't know how many cars were in this show, but they went on for blocks. 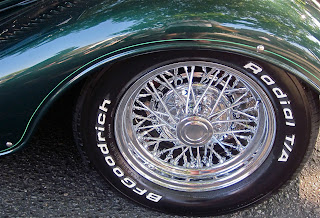 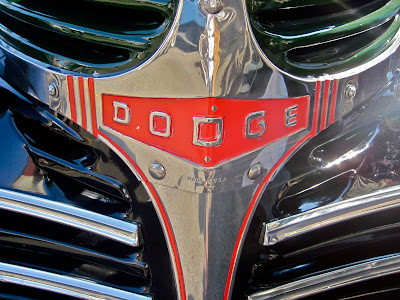 It was quite an amazing collection of motor vehicles.  There was even one old tow truck!
Posted by Michele R. Unger at 7:33 AM

Great shots of the magnificent car show. I think it is so good that people renovate and keep old cars going. I would loved to have seen this show, but your post will have to do.